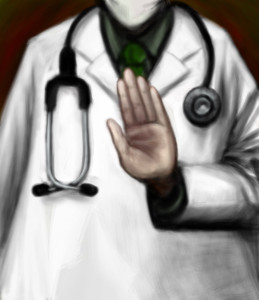 The 11th Circuit Court of Appeals decision to uphold a “physician gag law” in Florida violates the First Amendment rights of pediatricians and threatens their ability to counsel parents about how to protect children from unintentional injury and death.

In its July 25, 2014 ruling, the court reversed the June 2012 decision of U.S. District Judge Marcia G. Cooke of the Southern District of Florida-Miami, who ruled in the favor of the Florida chapters of the American Academy of Pediatrics (AAP), American Academy of Family Physicians (AAFP), and the American College of Physicians (ACP) and individual plaintiff physicians and issued an injunction against enforcing the 2011 Florida law restricting physician firearms safety counseling from going into effect.

The plaintiffs will petition the court for a rehearing by the full 11th Circuit Court of Appeals. The injunction blocking enforcement of the law remains in effect until the court decides whether to rehear the case. If the court agrees to the rehearing, the injunction will remain in effect until its decision is issued. Because of the proven value of physician counseling in preventing injury and death, the AAP is advising its members in Florida and throughout the United States to continue to uphold the standard of medical practice and ask about the presence of guns in the environments of children, and to counsel their patients and patients’ parents about the importance of storing guns safely.

“We strongly disagree with the 11th Circuit’s decision. It is an egregious violation of the First Amendment rights of pediatricians and threatens our ability to provide our patients and their families with scientific, unbiased information,” said Mobeen Rathore, MD, FAAP, president of the Florida chapter of the AAP, the Florida Pediatric Society. “This dangerous decision gives state legislatures free license to restrict physicians from asking important questions about health and safety that are vital to providing the best medical care to patients.”

Research has shown that physician counseling about gun locks and safe storage, tailored to a child’s specific age and development, increases the likelihood a family will take the steps to store their firearms safely. Pediatricians routinely counsel families about firearm safety just as they offer guidance on seat belt use, helmets and parental tobacco use to reduce the risk of injury to children where they live and play.

“State legislatures should not stop physicians from practicing good medicine. This law has a chilling effect on life-saving conversations that take place in the physician’s office,” said James M. Perrin, MD, FAAP, president of the AAP. “More than 4,000 children are killed by guns every year. Parents who own firearms must keep them locked, with the ammunition locked away separately. In this case, a simple conversation can prevent a tragedy. The evidence is overwhelming – young children simply cannot be taught to overcome their curiosity about guns, and to suggest otherwise is, frankly, the height of irresponsibility.”

The Florida Privacy of Firearm Owners Act, which was signed by Florida Gov. Rick Scott in June 2011, violates the free speech rights of doctors and patients. It precludes physicians from asking their patients routine questions and having a discussion about firearm safety, and it subjects physicians accused of violating the statute to harsh penalties usually reserved for egregious professional misconduct.

Soon after passage, the law was challenged in court by the Florida Pediatric Society and the Florida chapters of the American Academy of Family Physicians and the American College of Physicians, as well as by six individual physicians. The lawsuit argued physicians’ First Amendment right to free speech and patients’ First Amendment right to hear the physician’s speech were violated.A U.S. District Court judge agreed with the physicians’ lawsuit and issued a permanent injunction, which was appealed by the state of Florida.

The U.S. Court of Appeals for the 11th Circuit heard oral arguments in the case in July of 2013. Since the Florida legislation passed in 2011, at least 10 other states have introduced similar bills, but none have passed.

(Source: American Academy of Pediatrics; Photo by Truthout.org via Flickr)