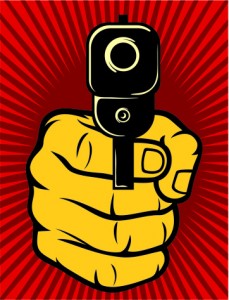 As physicians, some of us have the job of rising in the middle of the night to try to reverse the havoc that bullets make in the bodies of teenagers, many of whom are barely old enough to shave.  Others of us treat the traumatic wounds that gun violence causes in families who have lost fathers, brothers, and sons –- and less often mothers, sisters, and daughters — to bullet wounds.  Like the young men who often need a lifetime of care for their wounds, these families are never quite whole again, and the results show in their high blood pressure, and in worsening poverty that results from the loss of a wage earner.

Homicide is the second leading cause of death for youth ages 10 to 24.  Eight-two percent of these deaths are firearm-related.  Yet since 1994, Congress has systematically denied funds to the Centers for Disease Control for any research on gun violence and its prevention.   By contrast, the country has made significant investments in preventive research about motor vehicle accidents, the leading cause of death in this age group.  Based on this research, experts have been able to implement changes in the safety of our roadways, our cars, and driving regulations for teenagers that have significantly decreased deaths from car crashes.  It is time for physicians to speak out against the suppression of research on gun violence and the lack of common-sense safety regulations regarding guns.

The death rate from gun violence in the US is as high as the total of that of the next 25 developed nations.  In 2009, the United Kingdom had 18 gun homicides and a total of 155 gun-related deaths.  The numbers for the US that year were 11,101 gun homicides and 32,163 total gun deaths.  Other industrialized countries report numbers much closer to those of the UK than the US. Through the private sale loophole, 40% of guns are sold without any kind of background check, allowing ex-cons, the mentally ill and even terrorists to have free access to weapons of astounding, destructive power.

In schools of public health, there is a parable often told to first-year students that speaks to this need for preventive action…. A man, standing on a riverbank, sees a child floating down the river.  He jumps in and saves it.  No sooner has he rescued the child, when he sees another child also floating down the river.  And then another.  He keeps jumping in the water and rescuing children, exhausting himself.  It finally occurs to him to go upriver and find out how the children are falling in the water in the first place.  As physicians who treat victim after victim, we must go upstream as well.

Just as it took systemic change to decrease deaths from motor vehicle accidents, it will take systemic change to decrease the epidemic of gun-related deaths.  It is unacceptable for Congress to suppress research on this important public health issue, and we need to say so.  We should research the efficacy of technical devices (such as protections that enable a gun to be fired only by its rightful owner) and we should press our lawmakers to require the use of simple devices that have the potential to save lives.  We should defend the doctor-patient relationship from statehouse over-reach, firmly opposing any laws that threaten physicians with fines, disciplinary action, or loss of license if they ask patients about gun ownership.   Clinical free speech is fundamental to providing patients fully informed consent; such politically motivated laws have dangerous implications that extend well beyond the gun debate.   Just as the second amendment right to bear arms does not trump the right to life, liberty, and the pursuit of happiness, neither does it trump the right to free speech guaranteed in the 1st amendment.

As physicians, most of us are more comfortable taking care of patients than speaking or writing publicly.  Yet after the Newtown shooting, which has affected many of us deeply, it is time for us – who see the impact of gun violence on our patients and their families – to engage in this public debate, along with the hunters, sportsmen, and majority of NRA members who believe that reasonable protections can and should be sought with a non-partisan commitment to the safety of our communities.   Gun makers’ lobby groups have controlled and even prevented conversations about gun safety for too long.  Enough is enough.   Physicians need to demand evidence-based solutions and the research freedom to find them.   Together, we can take on this tragic public health crisis that kills 30,000 people each year in our nation, including 2000 of our children.  We cannot satisfy ourselves with working harder and harder to pull the children out of the river – we need to walk upstream to the bridge, find the causes and effective solutions to the violence, and prevent our children from being put in harm’s way.