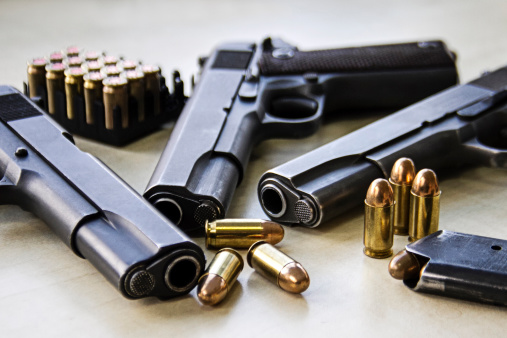 In the aftermath of the mass shootings in Las Vegas, Democrats will want to discuss meaningful gun reform while Republicans will say that this is not the time to talk about guns.  Meantime, the medical community is beginning to issue statements and guidance regarding guns and health care.

Pro-gun groups will spin the debate to mental health.  While it’s a convenient punching bag, mental illness does not always occur prior to purchasing automatic assault weapons.

The Las Vegas shooter had no history of mental illness.  But he was a legal gun purchaser and legally amassed an arsenal of weapons that allowed him to consciously and without illness murder 59 and injure over 500 people.

Following are statements from the medical community:

“As we offer condolences to those killed, injured and grieving, we also resolve to work harder to protect our communities. We can start by working to advance meaningful gun safety legislation that keeps children safe. State laws vary widely; in Nevada, firearms owners are not required to have licenses or register their weapons, or to pass a waiting period before purchasing a firearm. There is no limit on the number of firearms an individual may own. Assault weapons and large capacity ammunition magazines are legal.

The American Academy of Pediatrics advocates for strong state and federal gun laws that protect children in every state of the nation. Despite the fact that these types of events have become all too common in our daily lives, we must not grow complacent in our reaction to them, and instead renew our resolve to stop them from occurring again and again.”

“Mass shootings, each seemingly worse than the one before, have become frequent and even common-place.  Something needs to change. We must acknowledge that lack of a U.S. policy to address gun violence is the reason we have much higher rates of injuries and deaths from firearms violence than other countries.  Specifically, we call for a ban on the sale and ownership of automatic and semiautomatic weapons.   These are military-style assault weapons that were designed to kill as many people as possible as quickly as possible.

The College has been on the record for nearly 20 years about the need to address firearms-related injuries and deaths as a critical issue of public health.  In a 2015 call-to-action published in the Annals of Internal Medicine, ACP, jointly with 7 other health professional organizations and the American Bar Association, offered a series of recommendations on firearm-related violence.  The American Bar Association has said that the paper’s recommendations are ‘constitutionally sound.’  To-date, the paper has been endorsed by 52 different organizations.”