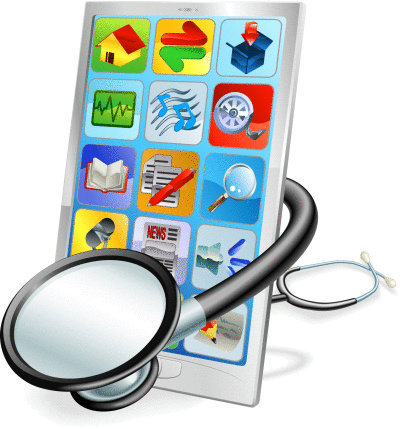 Attendees at the American Diabetes Association’s Scientific Sessions in San Diego this year — many of them young researchers who are active on social media — were surprised to be greeted with the following: “Thanks for joining us at #2017ADA! Photography isn’t allowed during presentations — we’d appreciate it if you’d delete this tweet.”

For many, the essence of gathering at conferences is the sharing of scientific information, a peek at interesting research in progress.

The policy, unusual for scientific conferences, is the most public manifestation yet of the tension between the drug and medical device companies that help sponsor the ADA’s flagship programs on one side and researchers and patients on the other.

The New England Journal of Medicine doesn’t consider this a problem. Some researchers on Twitter pointed to NEJM guidelines that state “online posting of an audio or video recording of an oral presentation at a medical meeting, with selected slides from the presentation, is not considered prior publication,” according to Medscape.

The #2017ADA hashtag — on 10 million people’s feeds, and growing — has been dominated by negative feedback, according to Symplur, a health care social media analytics platform.

Each year, academic and industry researchers present cutting-edge and sometimes unpublished data at the ADA’s Scientific Sessions. Many of these researchers accept research grants or consulting contracts from insulin makers and other pharmaceutical companies, according to disclosures made on the conference’s website. The nonprofit’s website shows it accepted corporate sponsorships of up to $135,000 for the opportunity to advertise at the conference in a variety of creative ways, including promotional handouts at hotel check-ins, ads in the meeting guide and marketing materials in the goody bag distributed to participating physicians. The conference’s mobile app was sponsored by Sanofi, one of the “big three” insulin makers.

But the $500-$900 ticket prices preclude many physicians, researchers and patients from attending.

Conference attendees who live-tweeted photos of presentation slides were quickly rebuked by the ADA. The nonprofit’s social media team tweeted at attendees to delete their photos. The comprehensive policy even applied to sessions about open innovation, an irony not lost on patients and researchers keeping up online with the conference, which concluded Tuesday.

“I am not familiar enough with the ADA to have an informed opinion on their no photo-taking policy as a general matter. In this particular case, the application of the no-photos policy to a talk on patients’ freedom to — and increasing ability to — design treatments for themselves did seem like a funny juxtaposition,” said the researcher, Eric von Hippel, the T. Wilson Professor in Management at MIT.

Still, some rogue attendees tweeted photos anyway, only to find that representatives of the American Diabetes Association were enforcing the policy in person, too.

“All research slides and posters are the legal property of each of the research authors and their study team, not the Association,” Cann said. “Reversing this policy could unwittingly dismantle the long-standing discourse and engagement of medical and research meetings around the world.

“After this year’s meeting, we will re-evaluate the policy and our legal obligations to the researchers who present at Scientific Sessions.”

Cann did not explain which legal obligations concerned the ADA. Independent academics are not typically litigious when it comes to intellectual property. Pharmaceutical and medical device companies might worry about breaking Food and Drug Administration rules prohibiting marketing a product before regulatory approval.

Some in the diabetic online community have speculated that a snafu at last year’s sessions contributed to this year’s zealous enforcement. In 2016, sensitive data about a new Novo Nordisk drug, Victoza, was shared with conference attendees an hour before its official release to the markets, and the data was immediately shared on Twitter, according to a Bloomberg report. Novo’s stock dipped by 5.6 percent the following day.

KHN’s coverage of prescription drug development, costs and pricing is supported in part by the Laura and John Arnold Foundation. Kaiser Health News, a nonprofit health newsroom whose stories appear in news outlets nationwide, is an editorially independent part of the Kaiser Family Foundation.