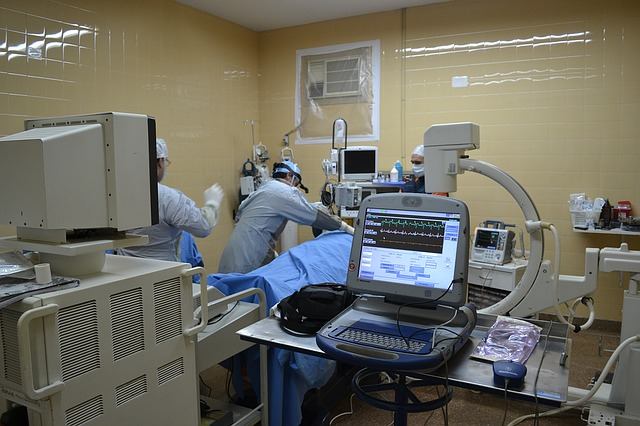 Often called device reps — or by the more cumbersome and less transparent moniker “health-care industry representatives” — these salespeople are employed by the companies that make medical devices: Stryker, Johnson & Johnson and Medtronic, to name a few. Their presence in the OR, particularly common in orthopedics and neurosurgery, is part of the equipment packages that hospitals typically buy.

Many “people who don’t work in health care don’t realize that industry reps are sometimes in the OR,” said Josephine Wergin, a risk management analyst for the ECRI Institute, a Pennsylvania nonprofit that conducts research on medical subjects for the health care industry. “A lot of times they are the real experts on their products.”

Unlike rotating teams of nurses and surgical techs, reps are a consistent presence, experts say, often functioning as uber-assistants to surgeons with whom they cultivate close relationships and upon whom their six-figure salaries depend.

Although they don’t scrub in, reps are expected to be intimately familiar with the equipment they sell, making sure it is at the ready for the surgeon and poised to answer technical questions.

But how much influence do reps wield, how necessary and costly are their services and does their presence in the OR, which may not be disclosed to patients, raise ethical questions about informed consent? A string of court cases has raised questions about their involvement in surgeries that went awry, dating back to the late 1970s when a New York sales manager who had not graduated from high school tried for three hours to fix a prosthetic hip while a surgeon allegedly left the OR.

Despite their role, device reps have received little scrutiny, in sharp contrast to drug salespeople, whose role has been the subject of considerable research.

“There’s so little public awareness of this,” said Adriane Fugh-Berman, an associate professor of pharmacology at the Georgetown University School of Medicine and director of PharmedOut, a project that focuses on prescribing and drug-marketing practices. Fugh-Berman is the coauthor of a recent study that raises questions about whether surgeons rely too heavily on reps for technical expertise and assistance, to the potential detriment of patients.

But the cost of medical devices, an industry with about $150 billion in annual U.S. sales, combined with concerns about conflicts of interest by doctors who must report industry payments as part of the Affordable Care Act, has resulted in increased scrutiny, as hospitals from Savannah to Stanford seek to standardize and circumscribe the activities of device salespeople.

Several high-profile lawsuits have played a role, among them a 2006 Ohio case in which a surgeon and a rep were ordered to pay a patient $1.75 million after botched brain surgery. The salesperson had wrongly assured the surgeon that a bone cement was suitable for sealing a hole in the patient’s skull. In 2003, Endovascular Technologies pleaded guilty to 10 felonies in federal court and paid more than $92 million in criminal and civil penalties for covering up problems including 12 deaths associated with an abdominal device. Doctors had been removing the device using a technique devised by reps that had never been approved by the Food and Drug Administration.

Some hospitals, most notably Loma Linda University Medical Center in California, have largely eliminated reps in orthopedics, buying implants directly from the manufacturer at a substantial discount and training surgical technicians to take their place in the OR. Loma Linda’s chief of orthopedics said the hospital has saved about $1 million annually, a savings of about 50 percent on the cost of the devices, without affecting outcomes.

“I think there is a role” for reps, said Lisa McGiffert, director of the Consumer Reports Safe Patient Project. But, she added, when it comes to choosing the best device — such as a prosthetic knee — “can the patient trust that they’re getting the expertise of the doctor or the influence of the rep?”

The presence of device reps in the OR, she added, also raises questions about the adequacy of consent, if patients are not explicitly informed of their presence. 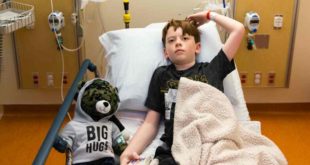 Doctors Get Creative To Distract Tech-Savvy Kids Before Surgery