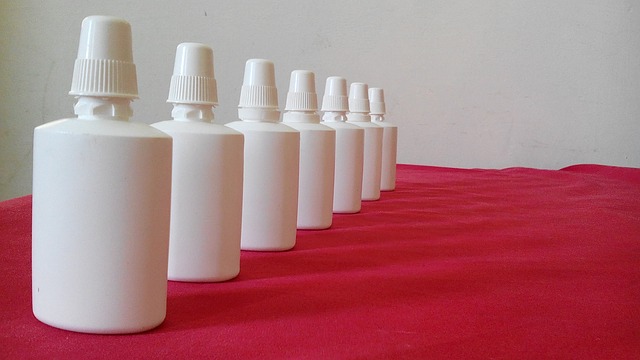 A new nasal spray might make rescue care easier for diabetics who are woozy or even unconscious due to severe low blood sugar, a new clinical trial suggests.

The trial results showed that the nasal spray is nearly as effective in treating hypoglycemia (low blood sugar) as the only option currently available, a glucagon powder that must be mixed with water, drawn into a syringe and then injected into muscle.

Because it is almost as effective but much easier to administer to an ailing person, the nasal spray could become the go-to treatment for severe hypoglycemia, said Dr. George Grunberger, a clinical professor at Wayne State University School of Medicine in Detroit and president of the American Association of Clinical Endocrinologists. He was not involved in the study.

“This intranasal spray is a big deal,” Grunberger said. “This is something which people have been crying for, for years. It was only a matter of time before something more practical came onto the market.”

People with diabetes trying to walk the tightrope of precise blood sugar control sometimes take too much insulin, which causes their blood sugar levels to drop drastically, the researchers said in background notes.

In mild or moderate cases, diabetics can correct their blood sugar by drinking some orange juice or sucking on hard candy. But the most severe episodes might require treatment using glucagon.

The only FDA-approved glucagon on the market is not shelf-stable, so it has to be sold in powder form. “Somebody has to have the vial of glucagon on hand, then they have to add water, shake it up and inject it into muscle,” Grunberger said. “This is a problem, because by definition the ones who need it are the ones who can’t inject it because they’re unconscious.”

The nasal spray needs no mixing. Either the diabetic or a bystander can shoot it up the person’s nose, where the glucagon is absorbed by the mucous membranes in the nasal passages, said Dr. Deena Adimoolam, an assistant professor of endocrinology and diabetes with the Icahn School of Medicine at Mount Sinai, in New York City. She was also not involved with the trial.

To test whether the new nasal spray is as effective as the injection, researchers recruited 75 adults with type 1 diabetes at eight clinics in the United States.

All participants underwent induced hypoglycemia twice, and then received treatment once using the injection and once with the nasal spray.

The nasal spray worked about 99 percent of the time, while the injection was 100 percent effective, according to the trial results.

It took slightly longer for the nasal spray to suitably increase blood sugar levels — about 16 minutes, on average — compared with 13 minutes for the injection.

However, the researchers noted that an earlier study showed that it takes just 16 to 26 seconds to administer the nasal spray, versus 1.9 to 2.4 minutes to give the injection, depending on the training of the caregiver.

“It took a bit longer for intranasal glucagon to work, but given the situation it’s probably not clinically significant,” Grunberger said.

Adimoolam expressed more concern about the delayed reaction to the nasal glucagon.

“We don’t really know if clinically that delay matters,” she said. “In that time, you can have a seizure. You can lose consciousness. There could be catastrophic events. So it’s hard to tell whether the delay would be significant.”

The clinical trial also examined people who are much younger than those most at-risk for severe hypoglycemia, Adimoolam added.

The average age of trial participants was 33 years old. But, earlier studies have shown that people 80 years or older are twice as likely to wind up in the emergency room due to insulin-induced hypoglycemia and nearly five times as likely to require hospitalization than younger people, she said.

“I think it would have been even more interesting if this study looked at how this medication could help the elderly who are at even higher risk for insulin-related hypoglycemia than the age group evaluated in this study,” Adimoolam said.

Both forms of glucagon produced nausea in a little more than a third of users. People using the nasal spray were more likely to report head and facial discomfort.

The clinical trial received funding from Locemia Solutions, the original developer of the nasal spray. Locemia has since sold worldwide rights for the product to Eli Lilly and Co., which has announced that it plans to bring the nasal spray to market.

Grunberger couldn’t say how long it might take the U.S. Food and Drug Administration to approve the nasal spray.

The trial results were published online Dec. 17 in the journal Diabetes Care.