Breaking News
Home / Featured / Patients can buy insulin without a prescription, but should they?

Patients can buy insulin without a prescription, but should they? 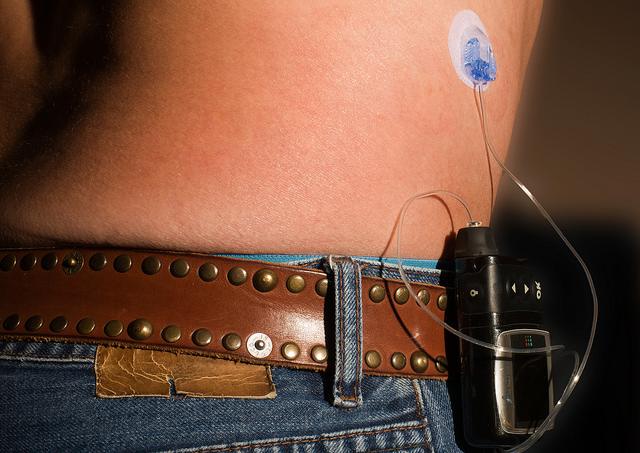 As anyone who needs insulin to treat diabetes can tell you, that usually means regular checkups at the doctor’s office to fine-tune the dosage, monitor blood-sugar levels and check for complications. But here’s a little known fact: Some forms of insulin can be bought without a prescription.

Carmen Smith did that for six years when she didn’t have health insurance, and didn’t have a primary care doctor. She bought her insulin without a prescription at Wal-Mart.

“It’s not like we go in our trench coat and a top hat, saying, ‘Uh I need the insulin,'” says Smith, who lives in Cleveland. “The clerks usually don’t know it’s a big secret. They’ll just go, ‘Do we sell over-the-counter insulin?'”

Once the pharmacist says yes, the clerk just goes to get it, Smith says. “And you purchase it and go about your business.”

Smith didn’t learn from a doctor that she could buy insulin that way. In fact, many doctors don’t know it’s possible. When she no longer had insurance to help pay for doctors’ appointments or medicine, Smith happened to ask at Wal-Mart if she could get vials of the medicine without a prescription. To figure out the dose, she just used the same amount a doctor had given her years before.

It was a way to survive, she says, but no way to live. It was horrible when she didn’t get the size of the dose or the timing quite right.

“It’s a quick high and then, it’s a down,” Smith says. “The down part is, you feel icky. You feel lifeless. You feel pain. And the cramps are so intense — till you can’t walk, you can’t sit, you can’t stand.”

The availability of insulin over the counter presents a real conundrum. As Smith’s experience shows, without training or guidance from a health care provider, it can be dangerous for a patient to guess at the best dosage and timing from version to version of insulin. On the other hand, being able to afford and easily buy some when she needed it may have saved her life.

There are two types of human insulin available over the counter: one made by Eli Lilly and the other by Novo Nordisk. These versions of the medicine are older, and take longer to metabolize than some of the newer, prescription versions; they were created in the early 1980s, and the prices range from more than $200 a vial to as little as $25, depending on where you buy them.

Dr. Jorge Calles, an endocrinologist at MetroHealth, is alarmed to think that some people are self-medicating with any sort of insulin.

“It’s a very serious situation if they are selling it over the counter — without any control with a prescription, specifically,” Calles says.

According to the medical consulting firm IMS Health, about 15 percent of people who buy insulin in the growing U.S. diabetes market, purchase it over the counter without a prescription.

The U.S. Food and Drug Administration declined multiple requests by NPR for an interview on this topic. But, in an email, an FDA representative said that the versions of insulin now available over the counter were approved for sale that way because they are based on a less concentrated, older formulation, “that did not require a licensed medical practitioner’s supervision for safe use.”

The broader availability of this form of insulin allows patients with diabetes to obtain it “quickly in urgent situations, without delays,” the FDA says, and is intended to increase patient safety.

Still, some people with diabetes, as well as some doctors, doubt that the benefits of that greater availability outweigh the risks, especially for patients who switch from one type of insulin to another without telling their doctor.

“This is not something that should be done without the help of a professional,” says David Kliff, who has Type 1 diabetes, and writes the Diabetic Investors blog. Kliff has followed and written about the expanding business of diabetes for years.

FDA officials are “basically sticking their heads in the sand” on this issue, Kliff says, and making a lot of assumptions.

“They look at insulin as a drug,” he says, “and say, ‘There’s this enormous body of evidence that shows that the drug is safe.’ But, you know, there’s a little asterisk at the end there. What the little asterisk basically says is: ‘You know, that’s assuming that the patient is trained on it.'”

When asked about safety concerns, the FDA told NPR that the agency welcomes more research into the safety of over-the-counter insulin.