Breaking News
Home / Headlines / Surprise! That Urgent Care Center May Send You A Big Bill, Just Like The ER

Surprise! That Urgent Care Center May Send You A Big Bill, Just Like The ER 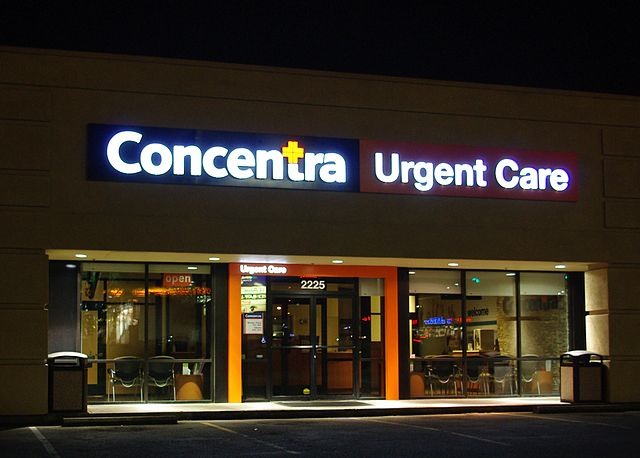 Sallyann Johnson considers herself a pretty savvy health care consumer. When she fell and injured her hands and wrists, she didn’t head for an expensive emergency room, choosing an urgent care clinic near her Milwaukee home instead.

Before seeking treatment, she asked the key question: Did the center accept her insurance? Yes, Johnson was assured, both on the phone and then again when she arrived at the clinic.

After X-rays and a visit with a physician’s assistant, Johnson learned her wrists were sprained, but weeks later, it was her wallet that sustained the most damage.

“I received a bill from a doctor for $356,” said Johnson, 62. “I felt I asked all the right questions. I even re-asked the questions.”

Long seen as a lower-cost alternative to hospital emergency rooms for minor illnesses or injuries, urgent care centers are increasingly popular with consumers – and their insurers.

But like doctors and hospital ERs, urgent care can also present payment headaches if they are not part of a patient’s insurance network. And consumers may need to ask specifically about network participation to find out.

Earlier this month, the New York State attorney general wrote businesses that operate dozens of urgent care clinic locations, saying the health plan participation information on their websites may be “deceptive” and asking for specific information about which insurance plans they participate in as in-network partners. The inquiries went to stand-alone clinics, as well as those affiliated with hospital systems and retail outlets, including Duane Reade and CVS stores.

In New York and nationally, insurance coverage information provided on urgent care clinic websites is often unclear. Some centers’ websites say they “accept most major insurance plans” while others list specific insurers they “accept,” or “work with” or “bill.” But what does that mean?

Accepting insurance might mean a consumer will owe the balance between what the clinic charges and what an insurer pays toward an out-of-network visit, which is generally far less than payment for an in-network provider.

Such statements “may lead consumers to believe that an out-of-network urgent care center is … ‘in network’ with their health plan,” say the July 2 letters from N.Y. Attorney General Eric T. Schneiderman.

The centers may well be in-network with some insurers. But if they’re not, “consumers may receive unexpected, and often costly, bills … when they believed that they would be responsible solely for their copayment …,” the letters say.

A spokesman for Walgreens, owner of Duane Reade stores, said the company is reviewing the attorney general’s letter but would not comment further. The industry’s trade group, the Urgent Care Association of America, would not comment directly on the letters, but in a statement said it “encouraged members to be as clear and transparent as possible regarding billing matters.”

In March, one of the broadest laws in the country concerning out-of-network bills went into effect in New York, imposing new requirements on hospitals, doctors and other medical providers who send so called “surprise bills” to insured consumers. As a result, insured patients will, in most cases, see their payments limited if treatment was provided at an in-network facility, but by out-of-network providers. The New York law also requires most health groups and facilities to disclose in writing or on their websites the names of the health plans with whom they participate. Regulations issued don’t specifically mention how the law will apply to urgent care centers.

Surprise bills, also known as “balance bills,” are part of the complex way that health care is paid for in the U.S. Insurers form networks as one way to slow rising health care costs, in part by getting doctors and hospitals who join to agree to negotiated rates, which are generally lower than their usual fees. Out-of-network hospitals and doctors can set their own fees and “balance bill” patients for the portion insurers don’t cover.

Some patients choose to go out of network because they want a specific doctor or hospital. But, as insurers shrink networks, some patients may be unable to find an in-network provider. And others may get a balance bill after choosing an in-network hospital, only to learn later that the anesthesiologist or the lab were not included in their insurer’s network. Balance bills can run into thousands of dollars.

While the problem predates the Affordable Care Act, the president’s signature health care law largely sidesteps the issue. It says only that insurers must not charge policyholders higher copayments for emergency department services at non-network hospitals because patients often can’t choose where they go. Medicare, however, strictly limits how much patients can be balance billed by doctors who don’t participate in the program.

Other than for emergency care, though, relatively few states have addressed balance billing, mainly because solutions are difficult and generally pit powerful rivals — hospitals, doctors and insurers — against one another.

Blake Hutson, the interim director of health reform at Consumers Union, applauded the New York attorney general’s action, adding that more clarity is needed to help patients determine whether an urgent care clinic and its staff are part of their health plan. While it’s hard to know how common the problem is, Hutson said, “if we’re seeing it in New York, we’re probably seeing it in other states, too.”

Even then, as Johnson in Milwaukee learned, you might still get billed. In her case, the urgent care center was in network. But the doctor group overseeing the care was not. Hence the $359 bill, which Johnson paid. Even her insurer was surprised, she said.

“They also didn’t know that all the doctors were subcontracted,” she said.