Do Cell Phones Belong In The Operating Room? 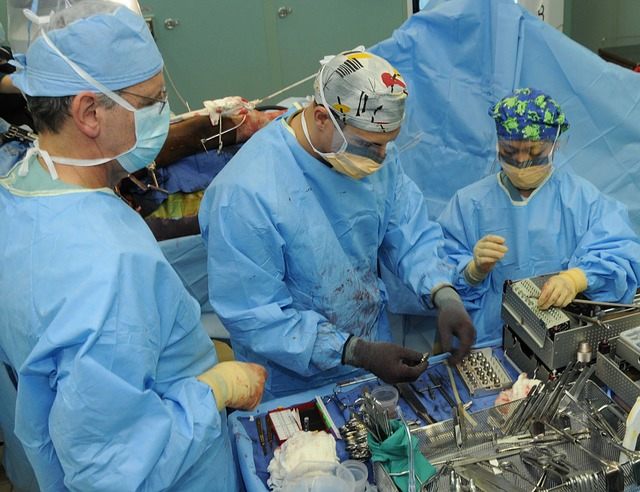 Next time you’re on the operating table and you have one last look around as the anesthesiologist approaches, don’t be too sure that that person in scrubs looking at a smartphone is pulling up vital health data. He or she might be texting a friend, or ordering a new carpet.

Cellphone use is not generally restricted in the operating room, but some experts say the time for rules has come. In interviews, many described co-workers’ texting friends and relatives from the surgical suite. Some spoke of colleagues who hide a phone in a drawer and check it when they think no one is watching.

“Sometimes it’s just stuff like shopping online or checking Facebook,” said Dwight Burney, an orthopedic surgeon from Albuquerque. “The problem is that it does lead to distraction.” This can result in medical errors or lax safety procedures, such as forgetting to check a patient’s identity, he said.

Such incidents are why physicians and medical groups including the American College of Surgeons,  the American Academy of Orthopaedic Surgeons and doctors who published an April paper for the American Society of Anesthesiologists have been warning about phones in the operating room (O.R.) and calling for clear rules on whether and how they can be used. Many raised red flags about the potential for noise or distraction, while some also pointed to the possible challenge of infection control.

It’s an issue they say has gotten little attention until recently. No federal regulations or industry-wide quality measures address phone use in health-care settings in general or in the O.R. specifically. And no group tracks whether hospitals have adopted rules for cellphone use.

But as people become increasingly glued to their phones, the lack of guidance could have big consequences.

Diagnosing the problem is easy, said Peter Papadakos, a professor of anesthesiology, surgery, neurology and neurosurgery at the University of Rochester, who has written extensively on the subject. “Once we get into or start using our cellphones, we separate ourselves from the reality of where we are,” he said. “It’s self-evident: If you’re staring at a phone, you’re not staring at the monitors.”

This reality attracted national attention last year, when a doctor at Manhattan’s Yorkville Endoscopy clinic snapped cellphone pictures during an operation on comedian Joan Rivers, according to a federal investigation. The surgery, a throat procedure, went awry — an outcome the investigation didn’t directly link to the doctor’s phone use — and ended up cutting off Rivers’s oxygen supply. She went into cardiac arrest and died Sept. 4.

“It’s very important that the surgical teams be concentrating on the patient during the surgical event,” said Ramona Conner, editor-in-chief of the practice guidelines for the Association of Perioperative Nurses.