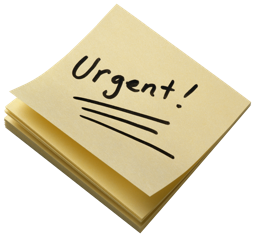 WASHINGTON (AP) — A nonpartisan congressional agency is raising new questions about compliance with a key compromise on abortion that allowed the federal health care law to pass in 2010.

The Government Accountability Office said in a report released late Monday that only 1 of 18 insurers it reviewed was separately itemizing a charge for coverage of elective abortions on enrollees’ bills.

That detail is important because the original compromise that President Barack Obama sealed with anti-abortion Democrats stipulated that no federal funds would be used to pay for elective abortions. Instead, private health plans covering the procedure would collect a separate premium, which would be segregated from federal subsidies for other medical services.

Although abortion is a legal medical procedure, longstanding federal laws prohibit taxpayer funds from being used to pay for it, except in cases of rape, incest or to save the life of the mother.

The new GAO review did not address the fundamental question of whether federal subsidies under the health law are being used for elective abortions, but abortion opponents said the findings underscore their view that the compromise is an accounting gimmick.

In a written response, the Health and Human Services Department said it “acknowledges that additional clarification may be needed” when it comes to the health law’s provisions on abortions.

The report also found that some insurers were unaware of a requirement in the law that they notify policyholders if they cover elective abortions. Abortion opponents have complained that it’s very difficult for average consumers to determine whether or not their plan covers the procedure. Abortion supporters say they would also like clearer information.

Most health plans offered through employers routinely cover abortions. The health care law created new state insurance markets where people who don’t have access to job-based coverage can buy a government-subsidized policy. The flow of taxpayer dollars to insurers in the new exchanges created another battleground for opponents and supporters of abortion.

The compromise on abortion allowed Obama to secure votes from a small group of Democratic lawmakers who traditionally voted in favor of restrictions on abortion funding. Their support was critical in the face of overwhelming Republican opposition to the legislation.

The GAO report focused on 27 states, plus Washington, D.C., that do not have laws restricting access to elective abortions in the new health insurance markets. Another 23 states restrict or bar coverage.

The 18 insurers that the agency reviewed accounted for nearly one-fourth of the plans that covered abortion. Each insurer offered multiple plans. None of the companies or plans were identified in the report.

All but one of the insurers said the cost of providing abortion coverage averaged out to less than $1 a month across their entire group of policyholders. In some cases it was as low as 10 cents a month.

The one insurer that itemized the abortion coverage charge on its monthly bill said it describes it as being “for coverage of services for which member subsidies may not be used.”

The report was released by Republicans on the House Energy and Commerce Committee.

abortion doctors federal funds health law insurance obamacare 2014-09-16
Physicians News
Share
Previous How Doctors, Patients Will Use Apple’s HealthKit in Medical Trials
Next This is Why Doctors and Patients Must Discuss End-of-Life Care