Texas Asks Court to Allow Closure of Most Abortion Clinics 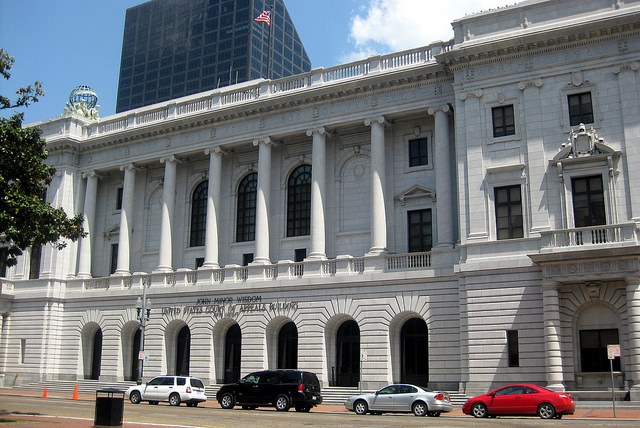 NEW ORLEANS (AP) — Texas asked a federal appeals court Friday to allow the state to immediately enforce a law requiring all abortion clinics to adhere to costly standards required for walk-in surgical clinics, which would close more than half of the state’s abortion facilities.

Enforcement of the surgical-standards provision would close 13 of the 20 abortion clinics currently in operation statewide, said Stephanie Toti, an attorney for the Center for Reproductive Rights. The New York-based group is representing four clinics and four doctors.

That would leave seven abortion facilities in the second most-populous state in the nation. Mitchell said he believed that would be enough, because “the vast majority of the state’s reproductive-age women will live within 150 miles” of the remaining clinics.

The provision was ruled unconstitutional on Aug. 29 by Judge Lee Yeakel, who also exempted clinics in McAllen and El Paso from the law’s requirement that doctors who perform abortions must have admitting privileges at a nearby hospital. Mitchell asked the appeals court to put all of Yeakel’s order on hold.

The 5th Circuit upheld the admitting privilege provision in March, overturning a ruling Yeakel issued in October. Yeakel had said the requirement placed an unconstitutional burden on women seeking an abortion.

Judge Jennifer Walker Elrod, who was among the three judges who made that March ruling, noted during oral arguments Friday that the court let Texas to enforce the admitting-privilege requirement while that case was on appeal. She repeatedly asked Toti why the court should do otherwise with Yeakel’s latest ruling.

Toti said this case was different, because the two sides disagreed last year about how many clinics would close because doctors couldn’t admit patients to nearby hospitals. Now, she said, both sides agreed that if Texas enforces the surgical clinic standards, “more than a dozen abortion clinics will close overnight.”

Of Texas’ 433 licensed outpatient surgical clinics, 336 have waivers of state standards because they were in business before the standards went into effect. Yeakel noted that abortion clinics couldn’t get such “grandfathered” waivers. He also ruled that, taken together, the admitting-privileges and clinic standards requirements make it too difficult for women to get abortions, making the law unconstitutional.

Texas currently has about 20 abortion providers, down from 41 two years ago, according to groups that sued the state. Whole Woman’s Health Clinic in McAllen, near the Mexico border, closed after the 5th Circuit’s ruling in March, but it reopened last weekend.