WHEELING, W.Va. – Without insurance, Pam Milliken relied for years on the free health clinic here to help manage her arthritis, high blood pressure and diabetes. When she needed to have her gallbladder removed, the clinic, located in a former State Farm Insurance building, found her a specialist and hospital willing to do the surgery at no cost.

This year, Milliken was among the 70 percent of patients at Wheeling Health Right Center who enrolled in Medicaid after the state expanded the program under the Affordable Care Act.

Worried that patients like Milliken would leave their care and struggle to find doctors accepting new Medicaid patients, the clinic took a rather radical step: It became a Medicaid provider and started billing the state-federal health insurance program for the poor.

On a recent weekday, Milliken, 55, who makes salads at a local truck stop restaurant, was getting a checkup and X-rays at the clinic, which now requires a $2 Medicaid co-pay. “I’ve been with these people for years and they know me better than anyone,” Milliken said, explaining why she chose to keep coming to the clinic.

In fact, eight of the nine non-profit free clinics in West Virginia this year began participating in Medicaid. The shift – which also occurred to a lesser degree in Ohio and Illinois, among other states – is being closely watched nationwide and reflects how facilities are adapting in the 26 states that expanded Medicaid.

“We used to say … ‘wouldn’t it be great if we no longer had uninsured and we could close our doors and go out of business,'” said Michelle Goldman, CEO at the Eastern Panhandle Care Clinic in Ranson, W.Va., which is one of the free clinics now also taking Medicaid. “But the truth is we like the work we do and enjoy helping this population and believe we still have a lot to offer them.” 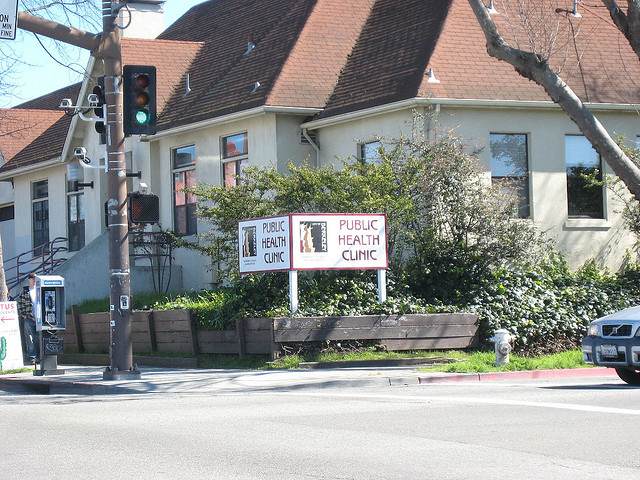 While a few free health clinics have shut their doors in Arkansas and Washington, most expansion-state non-profit free clinics are reassessing their business strategies. Medicaid offers the potential to give their patients better access to specialists, diagnostic testing and hospital care, and that’s created a sense of unease for operators of the clinics that for decades have played a key role in the nation’s health-care safety net.

“These changes have caused some real disruption in the free clinic sector trying to anticipate what it means for patients who continue to need our services, and how we can sustain ourselves,” said Marty Hiller, senior consultant with Echo, a consulting firm that works with free clinics. “It’s been a tremendous upheaval.”

The nation’s loosely organized network of free clinics have come a long way since the 1970s when most were made up of volunteer doctors and nurses working a day or two a week in church basements. Today, about 1,200 free clinics serve about 6 million patients, according to the National Association of Free and Charitable Clinics. Their increasingly modern facilities look much like private medical offices that serve patients with insurance. They often use electronic medical records, pay administrative staffs and nurse practitioners, and run their own pharmacies.

Unlike the nation’s community health centers, which receive billions in federal funding and are a key part of the health law’s push to expand access to health care, free clinics have traditionally relied on private donations, and state and local assistance. Community health centers, which also treat poor patients, charge patients above the poverty level on a sliding fee scale and are paid a higher Medicaid fee than private physicians.

Obamacare has clinics worried the public will think they are no longer needed even though millions of people remain uninsured, particularly in states not expanding Medicaid, said Nicole Lamoureux, executive director of the National Association of Free and Charitable Clinics. It’s “a very large misconception … that everyone will have insurance or access to health care,” she said. Under the health law, states have the option of expanding Medicaid to cover everyone with incomes below 138% of the federal poverty level, or $15,856 for an individual.

“The ACA is just a first step to lowering the number of uninsured, it is not a universal system,” she said.

Still, some clinics in expansion states such as West Virginia have seen their numbers of patients decline dramatically since January.

At Milan Puskar Health Right in downtown Morgantown, W.Va., – the only free clinic in the state that has not started taking Medicaid patients – the number of patients has dropped from about 1,700 a year ago to fewer than 500 today. As a result, wait times for appointments have gone from months to same day in many cases.

Home to the University of West Virginia Medical School, Morgantown has no shortage of doctors accepting Medicaid patients. “We did not want to compete for Medicaid patients with the same doctors who volunteer for us,” said Laura Jones, the clinic’s executive director, explaining why it did not participate in the program.

Instead, the clinic is planning to work with a local hospital to contact their recently discharged patients in an effort to lower their readmission rates. It’s also considering getting involved in clinical drug testing. “Before this year, we would never have considered that, but we are looking at other ways to bring in income,” Jones said.

Goldman, the CARE clinic’s CEO, said taking Medicaid was the right move because there are not enough nearby doctors willing to accept new Medicaid patients. When some patients signed up for Medicaid they feared it might mean losing access to the clinic where they say staff treats them like family.

But participating in Medicaid comes with strings attached. For example, the clinics have to get state approval before referring patients for surgery or expensive diagnostic tests like CT scans and MRIs. Some patients have also had to switch drugs because Medicaid only covers certain generics and brand medicines. And patients now must pay small co-payments, typically $2, for an office visit, compared to zero before.

It also comes with challenges. Shifting from a free clinic to one that gets paid could hurt donations and alienate volunteer doctors, Echo’s Hiller said. Also, the federal government and some states provide liability protection to doctors at free clinics, which could be threatened if the clinics get paid, he said.

But the extra revenue from Medicaid will help clinics financially as state funds become less certain. More than a dozen states give annual grants to clinics, Hiller said. West Virginia, though, which typically provided about one third of their revenue, has cut this funding by 15% in the past two years.

By taking Medicaid, the formerly free clinics in West Virginia receive an average of about $50 per patient visit – the amount varies on the complexity of the case.

After signing up for Medicaid this year, David Markson, 30, and wife Melinda, 27, said they could find a doctor closer to their house, but chose to stick with the CARE clinic. The Marksons, who have two young children and an annual income that rarely hits $20,000, have been driving 40 minutes to the clinic for years.

David was recently at the center for a checkup after a kidney infection while his wife Melinda was meeting with a mental health counselor. “We have a good rapport with this clinic and feel comfortable here,” Markson said. “They took care of us when no one else wanted to.”