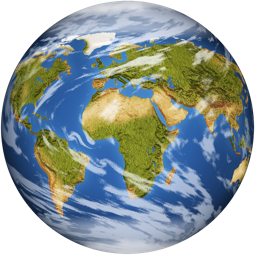 Climate change is happening, and with that will come more deaths from heat-related illness and disease, according to a report released Tuesday. The report, spearheaded and funded by investor and philanthropist Thomas Steyer, former Treasury Secretary Hank Paulson, and former New York Mayor Michael Bloomberg, examines many of the effects of climate change for business and individuals.

“One of the most striking findings in our analysis is that increasing heat and humidity in some parts of the country could lead to outside conditions that are literally unbearable to humans, who must maintain a skin temperature below 95°F in order to effectively cool down and avoid fatal heat stroke,” the report’s authors wrote. They use a “Humid Heat Stroke Index” that combines heat and humidity levels to measure how close they come to the point where the body is unable to cool its core temperature. So far the nation has never reached that level, “but if we continue on our current climate path, this will change, with residents in the eastern half of the U.S. experiencing 1 such day a year on average by century’s end and nearly 13 such days per year into the next century.”

Dr. Al Sommer, the dean emeritus of the Bloomberg School of Public Health at Johns Hopkins University in Baltimore, was on the committee that oversaw the development of the report. He says that often overlooked in the current debate about greenhouse gases and climate change is the effect of global warming on individuals and hospitals.

“There will be places that are heavily populated that will see four months in a row with 95 degree and over weather. You won’t be able to let your kids play outside,” he told KHN. “The average will be miserable. When your sweat can’t evaporate, you have no way to moderate core body temperature, and some people will die. That’s why you had 700 deaths in Chicago in a one week period in 1995. We’re going to have a lot of those periods.”

Sommer joined Lisa Gillespie and other Kaiser Health News reporters and editors in Washington to talk about the climate change report. Here is an edited transcript of his remarks.

What will the main health issues be as parts of the country get dangerously hot and humid, and others lose coast line and experience drought?

The bottom line is that it’s going to get more hot and humid in some areas … you’ve got the South, the East Coast and Atlantic states, and the problem with hot and humid is that you can’t control body temperature, because when it gets hot, you sweat, and when it evaporates, it cools the skin. But when it hits 95 or 102, and the humidity is such that you can’t evaporate sweat, it just stays there, there is no way to cool the body temperature. You can bundle up against the cold, you can wrap up more blankets and you buy some down sleeping bags in freezing weather. But in heat, you can take off more clothes, but you’re still stuck at that heat point index.

What are the challenges with getting this message out?

The challenge is like every challenge in public health. If we’re successful, nothing happens. If you say, “Something is going to happen,” [the public’s] response will be “You know, who knows? I’m worried about my mortgage,” and the average CEO is worried about making quarterly profits, so they don’t care. Getting people to be concerned about the future is tough.

The person who is wealthy and can afford air conditioning doesn’t have much to worry about. You’ll have the deniers, and you can’t talk to them, and then the people who just don’t want to worry about it.

You have to pay attention to something that will dramatically impact the health care system. You have to deal with the poor who live in places that are getting the hottest, and won’t necessarily be able to move up to other places where it’s not so hot. And the health care system is going to have a surge where it’ll have to deal with the problems of excessive heat. But who’s going to pay them and who’s going to warehouse the 25 percent increase in respirators, pumps, nurses and doctors because 40 years from now something is going to happen?  Health care systems would be happy to prepare if someone paid for it.

What do you think the health care system can do right now?

The health care system as a whole, knowing how much it will cost, can begin to put pressure and engage in climate discussion because [climate change] will end up driving costs. The hospitals have to be prepared, some hospitals may go out of business because there will be places where no one is left alive. Miami? Who’s going to live in Miami? The heat is rising, the water is rising … who’s going to move the [health care] personnel [to another less hot state]? Will North Dakota build bigger hospitals to take up the surge of people who are moving up there?

Hospitals need to be able to pick up the slack, and plan for what they will do, and talk to the payers to [be able] to increase their surge capacity. Forty years isn’t far away if you think about a cycle of a hospital. Hopkins just opened two new centers, and it took 25 years. They will have to start now.

Are there any benchmarks the health care industry can watch out for to know if there is enough being done to stop or slow climate change so that these health care crisis strategies will not be needed?

What would be terrific is if medical CEOs get into a discussion about this. I’m sure they’ve talked about pandemic flu, but I doubt they’ve talked about this. The fact that you can predict the amount of people who will show up in ER with heat stroke, [then] you can start assessing it. You guys and gals who run health care systems know what that will do. What would we really need?  That’s what this study is about — to put data on the table at a granular level so people can begin to have informed discussions, which will lead to thoughtful ideas on how you respond and maybe lead to momentum.