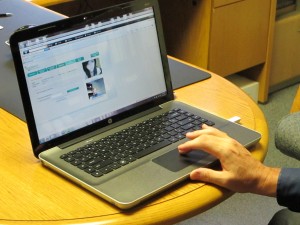 It’s interesting to see the spin on certain studies.  For example, researchers at the University of Michigan Medical School conducted a study of how patients select a physician.  The most important factor, according to the results, was “accepts my health insurance,” which was ranked as “very important” by 89 percent of the more than 2,000 patients surveyed.

Nineteen percent of the patients surveyed said that web ratings were a “very important” factor in choosing their doc.  That was a higher figure than just a few years ago, according to study author Dr. David Hanauer, an associate professor in the Department of Pediatrics at Michigan.

While it’s fairly common to look up ratings for movies or hotels, physician ratings are not yet as mainstream.  But 36 percent of the patients surveyed have used such sites and almost two-thirds are aware of them. “This research shows that awareness is growing about those online doctor ratings,” said Hanauer.

If you want to find opinions about a book, you might go to Amazon and see thousands of reviews.  For hotels or destinations, Trip Advisor will give you more reviews than you can read.  Physician review sites don’t yet have the established reputation of those other categories, as only 5 percent of respondents reported that they have ever posted reviews of doctors.

“The small percentage of people who actually post reviews suggests that people who depend on online ratings may not be getting a balanced picture of a doctor’s care,” said Hanauer.

But the trend is likely to change with time.  The National Poll on Children’s Health and the University of Michigan last year found that “parents under 30 more likely than parents 30 and over, to say that online doctor ratings are very important.”

As for the current study, which is published in the Feb. 18 Journal of the American Medical Association, the surveyed patients were asked “When selecting a primary doctor for yourself, how important is each of the following?”  In order of importance, the factors were ranked as follows: