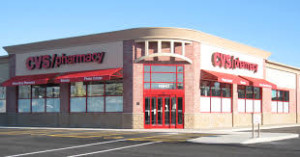 A courageous decision by Larry Merlo, president and CEO of CVS Caremark, will take tobacco off the shelves of one of our country’s largest pharmacy chains.  It’s a move, says the Pennsylvania Medical Society (PAMED), that sends a strong statement 50 years after the Surgeon General first warned consumers that smoking is not good for your health.

But the battle should not stop there, says Bruce MacLeod MD, president of PAMED and a Pittsburgh physician.  Another health care threat mimics tobacco and is becoming more popular each day with our country’s younger generations.  That threat?  Electronic cigarettes.

Although not currently sold at CVS, Pennsylvania’s state doctors are encouraging CVS to make the same promise about electronic cigarettes as it has done with their tobacco cousins.

“Electronic cigarettes are not regulated, are not FDA-approved for medical use, and contain nicotine – an addictive chemical also found in tobacco,” says Dr. MacLeod.  “CVS sent a strong message about tobacco. Now they can send an even stronger message by never selling an electronic cigarette unless the FDA recognizes this product for smoking-cessation therapy and applies appropriate regulations.”

Enrique Hernandez MD, a member of the board of directors at the American Cancer Society, and also a board member at the Pennsylvania Medical Society, believes the move by CVS is an important one to build healthier communities.

“The statistics are alarming,” says Dr. Hernandez of Philadelphia regarding the number of Americans who die from tobacco-related deaths.  “And now we have people who have never smoked tobacco before taking their first puffs on an electronic one.”