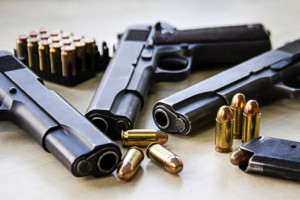 In 1985, former Surgeon General of the United States C. Everett Koop hosted his Workshop on Violence and Public Health, where he said “we can wait no longer to act” to address firearm violence.  Since that address, more than 900,000 people — including 100,000 children — have died from gun violence.

Physicians representing the American Pediatric Surgical Association (APSA) — an organization dedicated to the care of sick and injured children — published in the journal Pediatrics an updated policy statement regarding firearm injuries and children.

Doctors have a duty “to care for children injured by firearms.” They’re perspective is not political.  They’re interest in this debate is to save the lives of victims of gun violence.  Better yet, create initiatives that may lead to fewer victims.  Here is a sampling of their proposals:

APSA recommends removal of language limiting the funding of firearms-related research
“As physicians and surgeons, we strive to practice evidence-based medicine,” said the authors, led by Michael L. Nance, MD of the University of Pennsylvania School of Medicine and The Children’s Hospital of Philadelphia. But the government currently prevents federal funding of research related to gun violence.

According to the 1996 Omnibus Consolidated Appropriations Act, “none of the funds made available for injury prevention and control at the Centers for Disease Control and Prevention may be used to advocate or promote gun control.” There is debate as to the original intent of this legislation, but no one wants to jeopardize their career to challenge it.

Now, though, the APSA says the “current language impeding access to funds for firearms research must be removed so that data can inform patient care.”

APSA supports limitations on access to high-capacity magazines and assault-style weaponry
This one seems like a no-brainer.  “The wounding capacity of weaponry available to civilians is astounding,” said the authors in Pediatrics.  They laid out the sheer horror created by high capacity magazines in the Sandy Hook tragedy, in which 20 children died during a rapid-fire massacre that included more than 150 shots in under five minutes.

By contrast, another recent tragedy saw 10 schoolchildren shot execution style with a 9-mm handgun.  Half of those kids survived.  The authors explained that “in the United States, we have a robust trauma system that is well suited to expeditiously care for victims of firearm violence. At Sandy Hook, no child survived to receive care” because they never had a chance due to the extreme fire power of the weapon used. “As a nation, we must choose where to draw the line.”

Even the APSA concedes that getting rid of guns is “misguided.” But, they said, “we as health care practitioners should shift the paradigm from efforts to live in a world without guns to ensuring we can live safely in a world with guns.”

Following is the APSA’s complete policy statement regarding firearms:

• APSA supports addressing firearms-related injury and death as a public health problem with the necessary attendant resources to succeed. • APSA supports efforts to improve the availability and quality of mental health services for both children and adults. • APSA supports a system of universal background checks for all firearms transactions including private sales.
• APSA recommends removal of language limiting the funding of firearms-related research necessary to address this public health problem as well as support to extend the NVDRS to all states and territories.
• APSA supports limitations on access to high-capacity magazines and assault-style weaponry.
• APSA supports all efforts to limit access by children to firearms including the use of gunlocks and safe storage techniques.
• APSA supports legislative efforts, such as CAP laws, to limit the access to firearms by children.
• APSA recommends removal or clarification of language in the Affordable Care Act limiting discussion regarding the presence of firearms in homes with children.
•APSA opposes, in the strongest possible terms, state-level legislation infringing upon the physician-patient relationship.