Doctors’ group says ‘No’ to medical marijuana in Pennsylvania 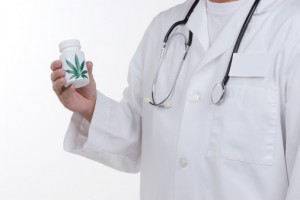 “Although we come from different perspectives, we both agree on the importance of helping those with medical challenges – especially children with seizure disorders who would benefit from a medicinal strain of cannabis,” the Senators wrote in a joint statement.

California in 1996 became the first state to legalize medical marijuana.  Since then, 19 other states have joined the party.  Two states — Colorado and Washington — have legalized marijuana for recreational use.  And just this week, the Florida state Supreme Court approved a medical marijuana ballot initiative for the November election.

In Pennsylvania, there may be more of a battle to the passage of pot as Gov. Tom Corbett, a Republican, has already said he would veto the bill if it were to reach his desk.

And given today’s testimony by the Pennsylvania Medical Society, which has stated its preference for continued study on the matter, the odds are even greater.  “We in no way discount the very important experience of those whose lives have been reportedly improved by the use of medical marijuana or its derivates,” said Fraser. “Instead, we want to focus the discussion on building a better body evidence that allows physicians and other providers to make science-based decisions about the use of marijuana in the treatment of their patients.”

Earlier in the day, the medical society hosted a teleconference that included supporters and opponents of the bill.  Dr. Lee Harris, a neurologist from Abington, PA, said doctors should be allowed to prescribe medical marijuana to chronic pain patients who obtain no relief from existing medications, according to the Patriot-News.  Harris said the benefits of medical marijuana outweigh the potential side effects.

The Pennsylvania State Nurses Association, which last week announced its endorsement of the bill, is also scheduled to testify to the committee.  The hearings are ongoing.