The Big EHR Question: What Does “Meaningful Use” Mean? 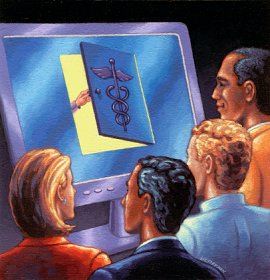 It has been a year since the American Recovery and Reinvestment Act of 2009 (also known as “the stimulus bill” or “ARRA”) was enacted on February 17, 2009.  ARRA contains many measures to “modernize” the nation’s infrastructure, including the health care delivery system.  Between August and December 2009, the Office of the National Coordinator for Health Information Technology (ONC) within the Department of Health and Senior Services (DHSS) announced several new programs and allocated more than a billion dollars of federal funds specifically toward laying the groundwork for a nation-wide advanced electronic health information system.  One such program establishes incentive payments to eligible professionals (EPs) and eligible hospitals to help promote the adoption and “Meaningful Use” of interoperable health information technology (HIT) and a qualified electronic health record (EHR).  These incentive payments are part of a broader effort under the Health Information Technology for Economic and Clinical Health Act (HITECH) to accelerate the adoption of HIT and utilization of qualified EHRs.

With promises of potentially up to an additional maximum of forty four thousand dollars ($44,000) over five years in Medicare incentive payments or sixty-five thousand dollars ($65,000) in Medicaid incentive payments per eligible physician using a qualified EHR, further guidance from the federal government on how exactly a physician can qualify for these stimulus funds is highly anticipated.  Thus, the $44,000 and $65,000-dollar question continually being asked is: “What does ‘Meaningful Use’ mean?”

Multiple federal agencies and advisory bodies have been working together towards defining Meaningful Use.  The HIT Policy Committee convened meetings over the summer to begin vetting the issue, and after a rework of its first draft, the Meaningful Use workgroup released the “Final Meaningful Use Objectives and Measures 2011-2013-2015” document on August 14, 2009.  The HIT Standards Committee then followed by releasing its recommendations on August 20, 2009 regarding Measures Data Elements, Clinical Operations, and Privacy and Security.  The National Committee on Vital and Health Statistics also added its observations on Meaningful Use of HIT after holding a hearing on the topic on May 18, 2009. Finally, on December 30, 2009, the Centers for Medicare & Medicaid Services (CMS) issued the  Proposed Rule for “Medicare and Medicaid Programs; Electronic Health Record Incentive Program” (see 42 C.F.R. Part 412, et al. (January 13, 2010)), which is referred to hereafter as the “EHR-Incentive Rule.”  At the same time, ONC released its Interim Final Rule for “Health Information Technology: Initial Set of Standards, Implementation Specifications, and Certification Criteria for Electronic Health Record Technology.”  See 45 C.F.R. Part 170.

Under the EHR-Incentive Rule, for purposes of Medicare payments an “Eligible Professional”  is a doctor of medicine or osteopathy, a doctor of dental surgery or dental medicine, a doctor of podiatric medicine, a doctor of optometry, or a chiropractor, who is legally authorized to practice under state law who is able to demonstrate Meaningful Use for the EHR reporting period.  For Medicaid payments, an “Eligible Professional” includes physicians, pediatricians, dentists, certified nurse midwives, nurse practitioners, and physician assistants at a federally qualified health center (FQHC) or rural health clinic (RHC) led by a physician assistant.  “Hospital-based” professionals (e.g., anesthesiologists; emergency room physicians etc.) who furnish substantially all their services in a “hospital setting” are not eligible for incentive payments (except for those practicing in a FQHC or RHC).  The EHR-Incentive Rule proposes that a hospital-based Eligible Professional be defined as one who furnishes ninety percent (90%) or more of his/her allowed services in a hospital, including all hospital inpatient, outpatient, and emergency department settings.

The EHR Incentive Rule includes numerous criteria, both clinical (e.g,. CPOE) and non-clinical (e.g., ensuring privacy and security), for achieving “Meaningful Use”.  All the required criteria must be met to qualify for incentive payments.  The government has indicated that the EHR-Incentive Rule would phase in more robust criteria for demonstrating Meaningful Use in three (3) stages.

For Stage 1, the government proposes that criteria for Meaningful Use focuses on electronically capturing health information in a coded format, using that information to track key clinical conditions, communicating that information for care coordination purposes, and initiating the reporting of clinical quality measures and public health information.  The EHR-Incentive Rule proposes Meaningful Use criteria based on a series of specific objectives, each of which is tied to a proposed measure that all Eligible Professionals must meet in order to demonstrate that they are Meaningful Users of certified EHR technology.  Initially, twenty-five (25) objectives/measures for Eligible Professionals must be met.  All of the results for all objectives/measures, including clinical quality measures would be reported by Eligible Professionals to CMS, or for Medicaid Eligible Professionals to their respective states, through attestation. By 2012, the federal government proposes the direct submission of clinical quality measures to CMS (or to the states for Medicaid) through certified EHR technology.  The federal government indicates that by using certified EHR technology to report information on clinical quality measures electronically directly to a health information network, a state, CMS, or a registry, the burden on providers that are gathering the data and transmitting them should be greatly reduced.

After Stage 1, CMS intends to propose through future rulemaking two additional stages that would expand upon the criteria for Meaningful Use identified in Stage 1. Disease management, clinical decision support, medication management, support for patient access to their health information, transitions in care, quality measurement and research, and bi-directional communication with public health agencies are identified as aspects of Meaningful Use to be expanded upon in Stage 2.  Finally, in Stage 3, the government indicates it will focus on achieving improvements in quality, safety and efficiency, focusing on decision support for national high priority conditions, patient access to self management tools, access to comprehensive patient data, and improving population health outcomes.

Reporting will be a key aspect of Meaningful Use.  For the first year an Eligible Professional applies for and receives an incentive payment, the EHR-Incentive Rule proposes a ninety (90) day reporting period for any continuous period beginning and ending within the year.  For every year after the first incentive payment year, the EHR-Incentive Rule proposes that the EHR reporting period is the entire year.

Helen Oscislawski is an attorney with Fox Rothschild and can be reached at 609.895.3310 or hoscislawski@foxrothschild.com.