How To Get Your Piece of the Stimulus Pie 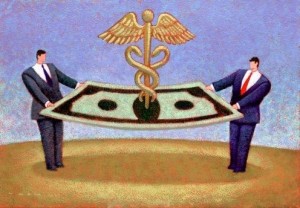 By now you’ve heard about the $787 billion American Recovery and Reinvestment act of 2009 – the stimulus bill recently passed by Congress. The bill is aimed at spurring economic growth across multiple industries by way of government spending.

What’s in it for you?

Well if you are a healthcare provider, you can take advantage of the $51 billion that has been allocated to the health care industry, $19 billion of which will be used to incentivize medical practices to adopt and implement Electronic Health Records (EHRs).

How does the subsidy work??

Starting in 2011, providers deemed to be “meaningful users” of EHR systems will be eligible to receive $40,000 – $60,000 in incentive payments paid out over five years in the form of increased Medicare and Medicaid premiums.

What is a “meaningful user”??

To qualify as a “meaningful user,” eligible providers must demonstrate use of a “qualified EHR” in a “meaningful manner.” The bill defers to the secretary of Health and Human Services (HSS) to set specific guidelines for determining what constitutes a “qualified EHR”; however, it does specify that e-prescribing, electronic exchange of medical records, and interoperability of systems will be determining criteria.

HSS will be working throughout 2009 to set the necessary criteria for certifying systems, and is expected to have a final report by January of 2010. Many expect CCHIT (Certification Commission for Healthcare Information Technology) certification to play a major role in setting standards of interoperability.  After all, HHS funded the creation of CCHIT in 2004 to start certifying EHRs against a minimum set of requirements for functionality, interoperability and security.

How do I qualify for the maximum payment??

In order to receive the maximum payment, physicians must qualify as a meaningful user in 2011. Eligible physicians will receive a first year bonus of $18,000 (up from $15,000) and will max out the payment schedule over the next five years.

The table below illustrates the amount of a subsidy paid each year (columns) based on the year the provider first becomes eligible (rows):

No payments will be offered to physicians who first become eligible after 2014.

Practices with multiple physicians will be eligible to receive incentive payments for each provider.  Remember that payments will be based on 75% of the correlating year’s Medicare and Medicaid charges. Therefore, in order to qualify for the maximum payment of $18,000 in the first year, each provider must bill Medicare or Medicaid a minimum of $24,000.

An obvious concern is whether an EHR implemented in 2009 will meet the standards set by HHS in 2010. Although a legitimate concern, waiting until 2010 to implement a system may be a mistake. Researching and selecting the right EMR can be a lengthy process, and many providers who wait may find it difficult to have a system in place in time.

Practices would be well-served to begin the research process now, allowing ample time to create a short-list of systems, perform demos with several vendors, check references, meet with vendors in person, negotiate terms, and complete the implementation and training process. To alleviate buyers’ concerns, vendors may provide binding agreements, guaranteeing their system will comply with all emerging standards.

Furthermore, buyers’ should consider CCHIT an important certification relative to the requirement for “qualified EHRs.” While there are many opinions for and against CCHIT, we expect it to play a critical role in the EHR subsidy qualification.

What if I choose not to purchase an EHR??

Unfortunately, for physicians who choose not to implement an EHR, the stimulus bill is a double-edged sword. Not only will they forego thousands in incentive payments, but starting in 2015, they will be penalized by way of decreased Medicare and Medicaid payments. Physicians who fail to qualify as meaningful users will face decreases of 1% in 2015, 2% in 2016, and 3% in 2017, with a maximum reduction of 5% by 2020.

Although each physician’s individual situation will dictate whether or not they choose to implement an EHR, the unique opportunity offered within the stimulus bill should not be overlooked.