Defending his signature health plan — a single-payer system known as “Medicare for All” that would move all Americans to government-funded coverage  — Vermont Sen. Bernie Sanders argued that the massive health care expansion would actually save the system hundreds of billions of dollars.

Sanders’ figures come from a study published Feb. 15 in The Lancet, a British medical journal.

“It said ‘Medicare for All’ will lower health care costs in this country by $450 billion a year and save the lives of 68,000 people who would otherwise have died,” Sanders said at the Feb. 25 Democratic presidential debate.

The price tag of Medicare for All has been fiercely debated, and previous analyses have suggested that the proposal would increase health spending, not decrease it. But Sanders is relying on the Lancet paper — which has the lowest cost estimate for the plan, in the neighborhood of $17 trillion over 10 years — to argue that the suite of financing mechanisms he has proposed would more than cover the cost of his health bill. (Funding would include taxes on high earners, a new payroll tax and 4% income premiums for the majority of families.) Most other estimates place the cost between $30 trillion and $40 trillion over a decade, which would make paying for it far more difficult. So we decided to take a closer look.

We reached out to one of the study’s authors but did not hear back.

A spokesperson for the Sanders campaign said the paper is “similar to 22 other recent studies that have also shown that moving to a single-payer healthcare system will cost less than our current dysfunctional healthcare system.” (We asked for those 22 other studies but, as of publication, hadn’t received them.)

But independent experts were skeptical of the study’s estimate — arguing it exaggerates potential savings, cherry-picks evidence and downplays some of the potential trade-offs.

“I don’t think this study, albeit in a prestigious, peer-reviewed journal, should be given any deference in the Medicare for All debate,” said Robert Berenson, a fellow at the Urban Institute who studies hospital pricing.

Largely, the Lancet paper is more generous in its assumptions than other Medicare for All analysis, noted Jodi Liu, an economist at the Rand Corp., who studies single-payer plans. To the researchers’ credit, she said, they acknowledge that their findings are based on uncertain assumptions.

For instance, the researchers calculate $78.2 billion in savings from providing primary care to uninsured people — $70.4 billion from avoided hospitalizations and $7.8 from avoided emergency room visits. But previous evidence suggests that the logic is suspect at best.

“The notion that we’re going to get rid of all these avoidable visits — that’s not been borne out,” she said.

The researchers also assume that a Medicare for All system would pay hospitals at a maximum of Medicare rates.

That’s tricky. In 2017, the nonpartisan Medicare Payment Advisory Commission estimated that, on average, a hospital has a -9.9% margin on a patient insured through Medicare. (Private pay helps make up that difference.) Some hospitals certainly would be able to swallow this cost. But others would struggle to stay afloat, said Adrianna McIntyre, a health policy researcher at Harvard University.

Given the political influence hospitals, in particular, carry in Congress — where most members are sensitive to their concerns — passing a plan offering such a low payment rate would be politically challenging.

Sanders’ bill doesn’t specify the rates at which hospitals would be paid.

Beyond the lower payments, the researchers also suggest hospitals would spend less money on overhead, having to navigate only a single insurance plan. That change accounts for $219 billion in their estimated savings.

But again, that ignores some of the reality of how hospitals work. While a single-payer system would undoubtedly cost less to administer — requiring a smaller back-end staff, for instance — it would not eliminate the need for expensive items like electronic health records, which coordinate care between hospitals.

“The assumptions are unrealistic,” said Gerard Anderson, a health economist at Johns Hopkins University in Baltimore. “You are never going to save that much money from the various providers.”

Medicare for All would enroll all Americans in coverage far more generous than what most experience now — eliminating virtually all cost sharing associated with using health care.

That’s a major change, researchers told us. Previous evidence suggests that such a shift would encourage consumers to use health care more than they currently do.

The Lancet paper acknowledges that — but only partially. It allows that people who are uninsured or “underinsured” — that is, who have particularly high levels of cost sharing now — would use more medical care under Sanders’ system than they currently do. It factors that into the price tag.

But its estimate does not account for people who already have decent or adequate insurance and who would still be moving to a richer benefit, and therefore be more likely to use their insurance.

“It drastically underestimates the utilization increases we would expect to see under Medicare for All,” McIntyre said. “People have different views on whether the increased utilization is good or bad,” she added — it makes the program more expensive, but also means more people are getting treatment.

Context is helpful, too. Other estimates — namely, a projection by the Urban Institute — of Medicare for All have suggested it would increase federal health spending by about $34 trillion over 10 years. But the elimination of other health spending would make the overall change smaller.

To implement the Sanders proposal, national health spending — public and private dollars, both — would increase by $7 trillion over a decade, Urban said. And Medicare for All would be bringing new services: more insurance for more people, and more generous coverage for those already covered.

Urban’s estimate of $7 trillion more in spending over 10 years is far removed from the study’s estimate of $450 billion less annually. And, experts said, relying on the latter figure isn’t a good idea.

It’s also worth noting that the study’s lead author was also an informal unpaid adviser to the Sanders staff in drafting its 2019 version of the Medicare for All bill, according to the paper’s disclosures section.

Experts agree that expanding access to health insurance would probably reduce early mortality. But the 68,000 figure is another example of cherry-picking, Meara said.

The figure is based on a 2009 paper. It doesn’t acknowledge a body of research that came afterward, including multiple studies that examined how expanding Medicaid affected mortality — and maybe offered less dramatic numbers.

“When they so clearly are cherry-picking, when they clearly have all the information on studies in front of them, it’s concerning,” Meara said. “It’s a situation where you’re going to overpromise and underdeliver.”

Sanders said a recent study suggested Medicare for All would save $450 billion annually and save 68,000 lives.

That study does exist. And it cites some evidence. But many of its assumptions are flawed, and experts uniformly told us it overestimates the potential savings. It cherry-picks data in calculating mortality effects.

This statement has some truth but ignores context that would create a dramatically different impression. We rate it Mostly False. 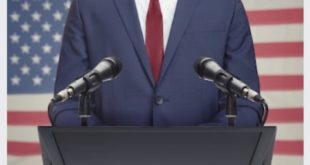 Biden And Sanders Debate With Coronavirus On Everyone’s Mind