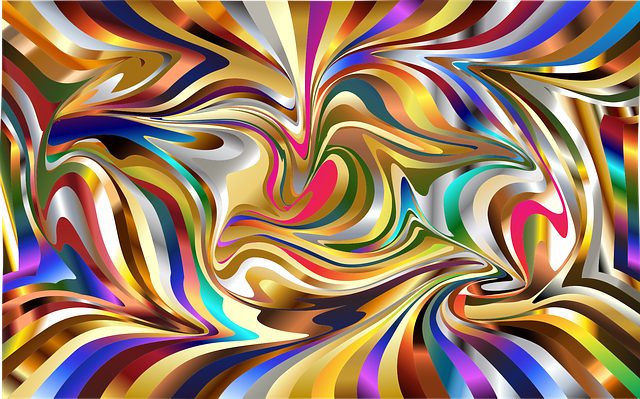 In Oregon and Denver, where marijuana is legal for recreational use, activists are now pushing toward a psychedelic frontier: “magic mushrooms.”

Groups in both states are sponsoring ballot measures that would eliminate criminal penalties for possession of the mushrooms whose active ingredient, psilocybin, can cause hallucinations, euphoria and changes in perception. They point to research showing that psilocybin might be helpful for people suffering from depression or anxiety.

“We don’t want individuals to lose their freedom over something that’s natural and has health benefits,” said Kevin Matthews, the campaign director of Denver for Psilocybin, the group working to decriminalize magic mushrooms in Colorado’s capital.

The recent failure of a nationally publicized campaign to decriminalize hallucinogenic mushrooms in California may not portend well for the psilocybin advocates in Oregon and Denver — though their initiatives are more limited than California’s.

The proposal in the Golden State would have decriminalized sales and transportation of magic mushrooms, not just possession. The proposed Denver measure would apply only to that city, while in Oregon mushroom use would be allowed only with the approval of a physician and under the supervision of a registered therapist.

None of the proposed initiatives envisions fully legalizing psilocybin mushrooms, which would allow the government to regulate and tax sales in a similar fashion to medical and recreational marijuana.

Still, familiarity with recreational marijuana may have “softened up” voters and opponents of drug decriminalization, he said. Oregon legalized marijuana for recreational use in 2015, Colorado in 2012.

Taking mushrooms can lead to nausea, panic attacks and, rarely, paranoia and psychosis. But they generally are considered safer and less addictive than other illegal street drugs.

Even so, Paul Hutson, professor of pharmacy at the University of Wisconsin who has conducted psilocybin research, says he is wary of the drive for decriminalization. Psilocybin isn’t safe for some people — particularly those with paranoia or psychosis, he said.

“I reject the idea that this is a natural progression from medical marijuana,” Hutson said, noting that the safety of pot is much better established. Mushrooms, he added, “are very, very potent medicines that are affecting your mind. In the proper setting, they’re safe, but in an uncontrolled fashion, I have grave concerns.”

Even psilocybin advocates share Hutson’s concerns. “It is such a powerful compound. People should take it very seriously when experimenting,” Matthews said.

These efforts to legitimize hallucinogenic mushrooms come at a time of renewed interest in the potential mental health benefits of psychedelics, including mushrooms, LSD and MDMA (known as ecstasy). Two small studies published in 2016 by researchers from Johns Hopkins University and New York University found that a single large dose of psilocybin, combined with psychotherapy, helped relieve depression and anxiety in cancer patients.

A British company backed by Silicon Valley investor Peter Thiel plans clinical studies in eight European countries to test the use of psilocybin for depression. Other research has examined the effectiveness of psilocybin in treating alcohol and tobacco addiction.

In California, the campaign to decriminalize psilocybin was always a long shot — even though the famously liberal state legalized possession of recreational marijuana in November 2016 and sales starting this year.

California ballot measures typically require nearly 366,000 signatures to qualify, and supporters usually have to spend between $1 million and $2 million to pay signature gatherers. A Monterey County couple leading the decriminalization campaign managed to collect more than 90,000 signatures for their proposal with the help of volunteers, but they halted their efforts late last month.

The initiative would have exempted Californians 21 and over from criminal penalties for possessing, selling, transporting or cultivating psilocybin mushrooms.

Possessing them is generally a misdemeanor under California law, but selling them is a felony. State statistics on psilocybin offenses are scarce, but few people are jailed for such crimes, according to an analysis by the California attorney general’s office.

“It’s not a reckless community,” said Kitty Merchant of Marina, Calif., who spearheaded the California psilocybin campaign alongside her husband, Kevin Saunders. “It’s experimentation with your mind and your thoughts. There’s a safeness to it. And there’s an intelligence to it.”

Merchant said she and Saunders, both medical marijuana advocates, spent about $20,000 of their own money on the campaign.

In Denver, Matthews and his pro-psilocybin colleagues want voters to pass a city ordinance eliminating criminal penalties for possessing, using or growing magic mushrooms. City officials have cleared the measure for signature gathering. Supporters need 5,000 signatures to get it on the ballot in November. Matthews said he has already lined up dozens of volunteer signature gatherers.

He said he has used mushrooms to help alleviate depression and other mental health problems. A big part of the decriminalization campaign, he said, is promoting responsible use.

Tom and Sheri Eckert are working to decriminalize hallucinogenic mushrooms in Oregon, but only under the supervision of a therapist. (Courtesy of Tom Eckert)

Denver, a progressive city in a state that was the first to legalize recreational marijuana, “is a good testing place for this initiative nationwide,” Matthews said. Just getting it on the ballot, whether or not it passes, would be “a huge victory,” he added.

In Oregon, activists are proposing a measure for the 2020 ballot that would decriminalize psilocybin statewide for adults 21 and over who get approval from their doctors and agree to participate in a “psilocybin service.” The service would include a preparatory meeting with a therapist, one session of supervised mushroom use and a follow-up visit. Patients would be under the care of state-certified “Psilocybin Service Facilitators.”

Tom Eckert, a Portland, Ore.-based therapist who leads the psilocybin decriminalization campaign with his wife, Sheri, said the proposed limitations on psilocybin use are important.

“Psilocybin is generally safe, but it puts you in a vulnerable state of mind,” he said. “If you do it in the wrong setting, things can go sideways.” 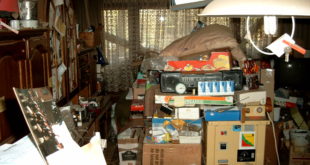