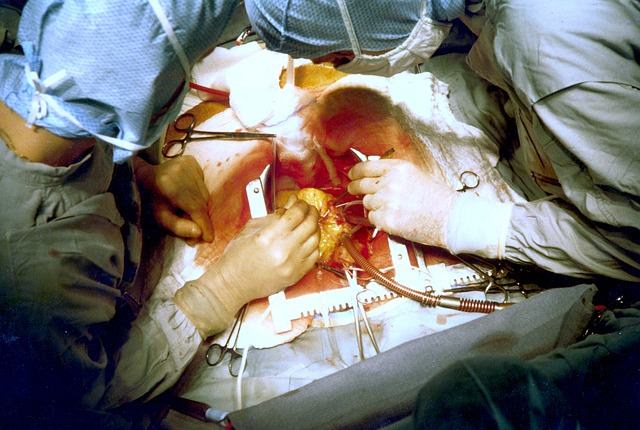 Medicare paid at least $1.5 billion over a decade to replace seven types of defective heart devices, a government watchdog says. The devices apparently failed for thousands of senior patients.

The Health and Human Services Office of Inspector General, in a report released Monday, said officials need to do a better job tracking these costly product failures to protect patients from harm. More detailed reporting could lead to earlier recognition of serious problems with medical devices and faster recalls of all types of “poorly performing” ones, the IG’s office said.

The report marks the first effort by anyone in government to assess the losses to taxpayers and patients 65 and older from medical gear that proves faulty.

Officials said the $1.5 billion lost from the seven devices from 2005 through 2014 was a “conservative estimate.” Patients also paid $140 million in out-of-pocket costs for this care, the report noted.

The report found that nearly 73,000 people on Medicare had one of the seven devices replaced because of recalls, premature failures, medically necessary upgrades or infections. It didn’t outline specific injuries patients suffered as a result.

The inspector general did not identify the manufacturers of the seven devices, but officials said they included implanted cardio defibrillators and a pacemaker that either had been recalled because of flaws or had “prematurely failed.” Pacemakers and implantable defibrillators are small devices placed under the skin to help treat irregular heartbeats.

How best to identify these defects and cut Medicare spending associated with fixing them has been under consideration at various times since 2007, according to the report. But it remains a contentious issue.

The inspector general recommended that hospitals and doctors be required to submit detailed information identifying failed devices, such as serial and batch numbers, during the billing process.

David Lamir, an official in the inspector general’s Boston office, said the $1.5 billion figure represented a “drop in the bucket” of the true costs to Medicare from medical products that malfunction. He said device failures not only waste money, but also can expose patients to a “high risk of illness,” including needless surgeries.

The report said medical device recalls nearly doubled from 2003 through 2012 and noted they have likely cost Medicare billions of dollars. In the past five to six years, more than 200 cardiac devices have been recalled, according to the OIG. In most cases, manufacturers withdraw their products voluntarily after reports surface of injuries or malfunctions. Device makers are required to report problems they learn of, often from doctors and hospitals, to a database run by the Food and Drug Administration.

Diana Zuckerman, president of the National Center for Health Research who has testified before Congress on device safety, said her organization supports making hospitals report malfunctioning devices when they seek Medicare payments to cover an implant surgery. She said the change would help officials pinpoint faulty devices before issuing a recall for tens of thousands of products buried in patients’ bodies.

“It would be much more obvious much more quickly which implanted devices were causing problems,” she said.

Zuckerman noted that the IG report didn’t touch on many high-profile device failures, like metal-on-metal hip implants or vaginal mesh.

Medical device companies and some doctors have opposed tighter reporting saying it would be costly and difficult to integrate with existing payment claim forms and might not yield useful information.

Leahey said that the electronic health record “captures the full clinical history of the patient, their changing health status and detailed information on their medical treatments,” including any surgically implanted devices.

A Centers for Medicare & Medicaid Services spokesman said the agency had not seen the report and would have no comment.

But in written remarks included in the report, CMS Administrator Seema Verma said the tighter reporting requirement is “under consideration” and that the agency will “carefully evaluate the potential that this policy would impose a burden on physicians unnecessarily.”

CMS appears to have switched positions on whether to compel hospitals to report more details about these incidents during the Obama administration.

Yet CMS and FDA supported doing so in a July 13, 2016, letter to the committee that sets standards for electronic claim forms used for medical billing.

Andy Slavitt, who succeeded Tavenner in the top CMS post and signed the July 2016 letter, called the inspector general’s report “important work” that “appears to make yet another strong case” for more complete reporting of device failures.

These policies “are important for our safety and they are clearly prudent things to do. While it requires effort from many in health care to get there, this effort is in our public interest,” Slavitt wrote in an email to Kaiser Health News.

Rita Redberg, a UC-San Francisco professor and cardiologist who advises Medicare, said unique identifiers on devices could be scanned into a patient’s medical record. Earlier recognition of trouble-prone devices also might help Medicare recoup some money wasted as a result.

“Medicare is spending a lot of money on something that doesn’t seem to be their problem,” Redberg said, adding, “Most places, if something is defective, the manufacturer is responsible for replacing it, not the store where you bought it.”

KHN’s coverage related to aging & improving care of older adults is supported by The John A. Hartford Foundation. Kaiser Health News (KHN) is a national health policy news service. It is an editorially independent program of the Henry J. Kaiser Family Foundation.