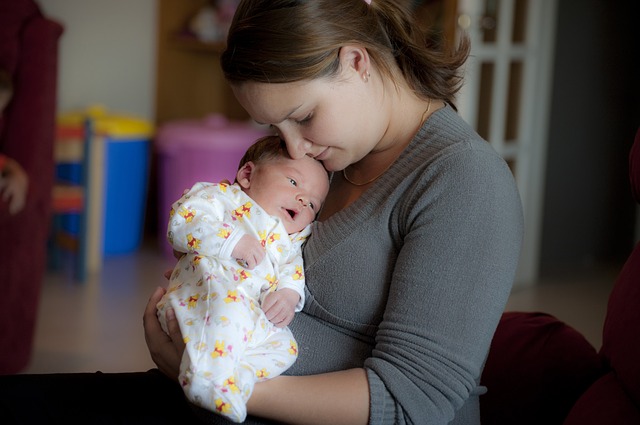 Tameka Henry takes care of her disabled husband, her 87-year-old grandfather and her four children, ages 10 to 16. Two of her kids have asthma. Her husband has a chronic intestinal condition, diabetes and congestive heart failure. He’s unemployed.

Henry, who makes around $30,000 a year as a case administrator for a behavioral health care provider, saves up sick days and vacation time to use when someone in the family is sick or needs help. Her husband, she said, often needs hours of daily care.

“I haven’t had a vacation in over 10 years,” said Henry, who lives in Las Vegas. “But I know I’m lucky because my employer understands my situation and does give me some time off.”

The problem is that she can’t afford to take much time off without pay. “Money is way too tight for that,” she said.

What Henry’s employer does not provide, nor does her state or the federal government, is paid family or medical leave. Indeed, the U.S. is the only wealthy industrialized country that does not guarantee paid leave to care for a new or adopted child, an ill family member or to address an individual’s own serious health condition.

Both Republicans and Democrats may be moving to change that.

In its 2018 budget, the Trump administration included a national paid-leave plan for parents after the birth or adoption of a child. It’s a rare call for a new entitlement program from the administration and not yet been endorsed by GOP leaders on Capitol Hill. Those lawmakers are weighing options to rein in spending on other entitlements, including Medicaid.

First daughter Ivanka Trump heads up the initiative at the White House. Proposed are six weeks of paid leave for mothers and fathers at an estimated annual cost of $25 billion, funded by restructuring the federal unemployment insurance system.

Congressional Democrats, meanwhile, have reintroduced the Family and Medical Insurance Leave, or FAMILY, Act, which they first submitted in 2013. It would permit all workers to take up to 60 individual days of paid leave per year to care for a new child, a sick family member or one’s own illness. Workers would receive up to 66 percent of their regular wages to a maximum $1,000 per week. The program, initially introduced in 2013, would be funded by a 0.4 percent payroll tax on workers’ wages, split evenly between employers and employees.

“We strongly believe this is the right thing to do,” says Vicki Shabo, vice president of the National Partnership for Women & Families in Washington, D.C., which supports the Democrats’ bill. “Why should some people have this benefit and not others based on where they live or the job they have, when it’s clear everyone needs it?”

Republican lawmakers have countered this year with the Strong Families Act. That bill would give employers offering at least two weeks of paid family or medical leave a 25 percent tax credit for wages paid to workers taking up to 12 weeks of leave. The credit would be capped at $3,000 per employee per year. The credit would cease entirely two years after enactment.

Opponents of such government programs don’t dispute the benefits of paid leave. Instead, they argue, it’s best left as a voluntary choice by businesses, which can tailor their policies to the needs of their workforces.

Ivanka Trump recently acknowledged that argument and said any national plan should encourage private companies to provide paid-leave benefits to employees. In a letter to The Wall Street Journal this month, she said a government-run paid-leave program for new parents was necessary for those “who need it the most and are least likely to receive it from their employer.”

“The reality is that in 63% of American homes with children, all parents work. Providing a guaranteed paid-leave program — with a reasonable time limit and benefit cap — isn’t an entitlement, it’s an investment in America’s working families,” Trump wrote. “We see a national paid-leave benefit as the necessary floor from which private sector companies and state governments can build.”

She said the White House was “working with lawmakers on both sides of the aisle to design a paid-leave policy.”

Rush Back To Work

Shifting trends in the economy and increased support for better work-life balance are driving forces behind the interest in paid leave. Just half of new mothers take paid time away from their jobs to care for a new child, and about one-quarter of mothers are back at work within two weeks of giving birth.

“This is an idea whose time has absolutely come,” said Aparna Mathur, an economist at the conservative American Enterprise Institute and co-director of a joint project on paid leave with the liberal Brookings Institution. “But, of course, there’s disagreement about how best to do it. And, yes, it will be an uphill political battle.”

Proponents view paid leave as a win-win for businesses and workers, and the economy as well. They cite research showing that worker retention and loyalty is improved and that abuse of the benefit is rare in states that have enacted paid leave.

Five states and the District of Columbia have enacted paid parental and medical leave laws to date. California, Rhode Island and New Jersey have implemented their programs. New York, Washington and the District will implement programs in coming years.

The laws require all but the smallest employers to offer between four and 12 weeks of leave after the birth or adoption of a child or to care for a sick family member. Workers are guaranteed from 50 to 90 percent of their income, up to a per-week cap that varies by state. In 2017, for example, that cap was $1,173 in California and $633 in New Jersey.

Most U.S. firms do not offer any paid parental or medical leave. That’s especially the case for firms with fewer than 100 workers, which employ about a third of the workforce. All told, about 40 percent of workers have access to some paid leave for the birth of a child, including saved-up sick days. But only an estimated 15 to 18 percent have access to both paid parental leave and medical leave of some sort.

A 1993 law, the Family and Medical Leave Act (FMLA), gives some workers 12 weeks of unpaid parental or medical leave, with a federal guarantee of job protection. But, with eligibility restrictions, it covers only 60 percent of the workforce. About half of people eligible for FMLA leave use the benefit, according to the National Partnership for Women & Families.

Katie Rock, 32, of Des Moines, Iowa, had her third child on June 30. She works at a university that offers no paid parental leave. She plans to use almost all of her 2017 paid sick and vacation days for her first month off and then take the full 12 weeks of FMLA, unpaid.

“Of course, it would be much better if that was paid time,” Rock said. “It’s definitely a hit on the finances.”

The Fate Of Obamacare Is On The Line (Again)

AMA Abortion Lawsuit Puts Doctors In The Thick Of Debate