A brief history of medical malpractice 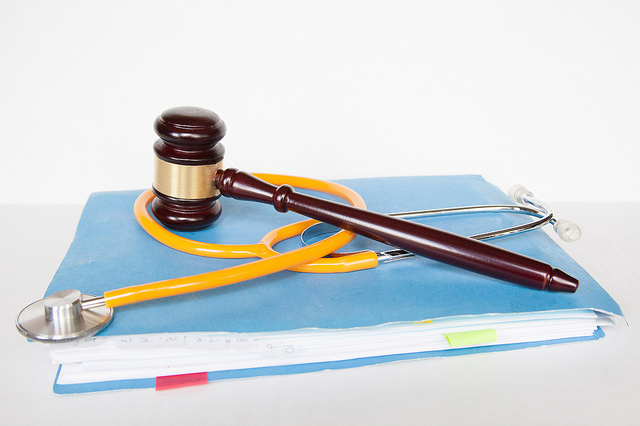 The history of medical malpractice and its relation to the law is a lengthy one, spanning back thousands of years. Doctors and medicine have been mentioned in some of the earliest written law codes known to historians, and have continued to be on the law books since then, especially in the 19th and 20th Centuries. The team at Weiss & Paarz created a scrolling timeline of some of the key events to provide an interesting way to get an overview of the topic’s history.

Hammurabi’s Code is one of the oldest lengthy writings known in the world. The Babylonian code dates back to 1794 BC and consists of 282 laws. One of the sections mentions repercussions for medical mistakes, saying the doctor should be punished if there is harm done to the patient. This idea of ‘do no harm’ was best embodied by the Hippocratic Oath. Hippocrates, who lived in ancient Greece, is considered by many to be the father of Western medicine. This oath has had many versions over time, but doctors still use it today.

In 1794, the United States saw its first medical malpractice case. The plaintiff claimed a doctor promised to do an operation skillfully, but instead did the opposite. The plaintiff’s wife died as a result of the operation. He won the case. In the 19th Century, the United States saw a large increase in medical malpractice cases. Many of the cases involved fractures and dislocations. In 1847, the American Medical Association was founded. They went on to set uniform standards for medical education and training, as well as the world’s first national code for ethical medical practice. Currently, they are the largest organization of physicians and medical students in the United States.

During the 20th Century, the United States saw numerous reforms passed after a number of large and high profile settlements. In the 1970s, courts began publishing standards of medical malpractice awards for the first time. This caused an incredible fast growth of money being awarded. States soon passed reform laws to cap amounts of certain kinds of damages. A decade later, a dramatic malpractice case would spark more reforms. In 1984, 18-year-old Libby Zion was admitted to a New York hospital and treated by two residents. She became more and more sick as the night went on and eventually died from her condition. Her father, a prominent writer, sued claiming the residents were overworked and negligent. He won, and the case spurred the passing of laws in New York that would lay the groundwork for national reforms.

Today, that legislation has helped increase safety for both patients and doctors. However, some doctors still make mistakes. On average, only 6% of doctors are responsible for about 60% of all malpractice payments. Surgery errors are one of the leading causes. According to researchers at Johns Hopkins, medical errors are the 3rd leading cause of death in the United States.