‘Physician Empathy’ Via Email Helps To Keep In Touch With Patients 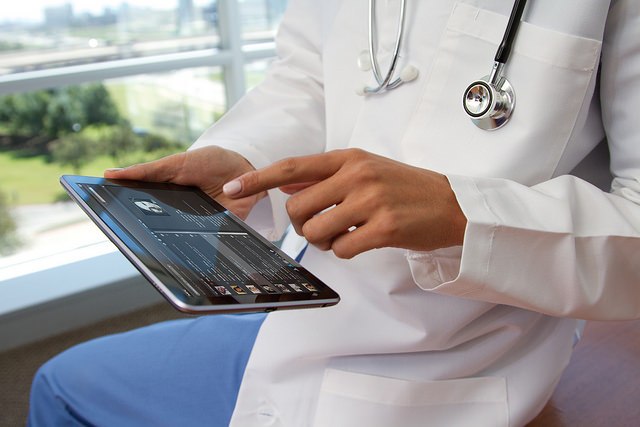 A health care startup made a wild pitch to Cara Waller, CEO of the Newport Orthopedic Institute in Newport Beach. The company said it could get patients more engaged by “automating” physician empathy.

It “almost made me nauseous,” she said. How can you automate something as deeply personal as empathy?

But Waller needed help. Her physicians, who perform as many as 500 surgeries a year, manage large numbers of patients at various stages of treatment and recovery. They needed a better way to communicate with patients and track their progress.

The California startup, HealthLoop, told Waller its messaging technology would improve their satisfaction and help keep them out of the hospital. High satisfaction scores and low readmission rates mean higher reimbursements from Medicare, so Waller was intrigued.

So far, she’s been surprised at patients’ enthusiasm for the personalized — but automated — daily emails they receive from their doctor.

“There’s a limited number of resources in health care. If you do 500 joint replacements in a year, how do you follow up all of those patients every day?” Waller said. The technology “allows you to direct your energy to people who need the handholding.”

“Automating empathy” is a new healthcare buzzword for helping doctors stay in touch with patients before and after medical procedures — cheaply and with minimal effort from already overextended physicians.

It may sound like an oxymoron, but it’s a powerful draw for hospitals and other health care providers scrambling to adjust to sweeping changes in how they’re paid for the care they provide. Whether the emails actually trigger an empathetic connection or not, the idea of tailoring regular electronic communications to patients counts as an innovation in health care with potential to save money and improve quality.

Startups like HealthLoop are promising that their technologies will help patients stick to their treatment and recovery regimens, avoid a repeat hospital stay, and be more satisfied with their care. Similar companies in the “patient engagement” industry include Wellframe, Curaspan, and Infield Health.

HealthLoop’s technology is being tested at reputable medical centers including the Cleveland Clinic, Kaiser Permanente-Southern California, the University of California, San Francisco, and the Newport Orthopedic Institute in Orange County, company officials said.

Doctors can send daily emails with information timed to milestones in surgery prep and recovery and ask patients or caregivers for feedback on specific issues patients may face during recovery.

The doctors may write their own email scripts, as Newport Orthopedics’ physicians did, or use the company’s suggested content. An online dashboard helps doctors and administrators keep track of which patients are doing well and who might need more follow-up care. Patients can also communicate with office staff about medications and office visits. Their responses to daily emails can trigger a call from the doctor’s office.

A patient might see this message: “How are you? Let me know so I can make sure you’re okay. I have four questions for you today.”

Such a call may have been a lifesaver for David Larson, a Huntington Beach retiree. After Larson responded “yes” to an email that asked if he had calf pain after knee surgery, he got a call from his doctor’s office telling him to come in immediately. An ultrasound confirmed he had a blood clot that could have landed him back in the hospital — or threatened his life. With treatment, the blood clot dissolved and he resumed recovery.

“There were times when it was like, ‘Oh brother, they’re contacting me again,’ but none of this would have been caught if it wasn’t for the email,” said Larson, 66. “So it was more than worth it to me. Now I’m back to walking the dog, surfing, riding a bike.”

How to keep patients like Larson from hospital readmission because of avoidable complications after a hospital stay has long been one of health care’s most vexing and expensive challenges.

Almost one of every five Medicare patients discharged from a hospital — approximately 2.6 million seniors — must be readmitted within 30 days, at an annual cost of more than $26 billion, according to the Centers for Medicare and Medicaid Services.

For decades, hospitals had no financial incentive to keep patients out of the hospital after they were discharged. But under the Affordable Care Act, financial penalties were established for hospitals with readmission rates higher than the national average for certain conditions.

Also under the ACA, hospitals are financially rewarded for high scores on patient satisfaction scores and good performance on other quality measures set by CMS.

Doctors’ groups increasingly are affected financially by this sea change, either because they are part-owners in a hospital, as Newport Orthopedics is with Hoag Hospital in Newport Beach, or because they participate in other risk-sharing financial partnerships with hospitals.

With that kind of money at stake, hospitals and other health care providers may be willing to pay for programs like HealthLoop, if the tryouts prove successful. And you could see your own relationship with your physician change as a result, whether you’re on Medicare or not: HealthLoop is aimed at all patients, whatever the payment source.

Some experts worry that health care providers will come to rely too heavily on electronic communication as a cheap substitute for the hard work of improving the doctor-patient relationship and the quality of care that patients get.

“Automating personalized messages isn’t a terrible thing; we all get some of that in our everyday lives,” said Michael Millenson, a health industry consultant. “The real question is whether this kind of automated messaging is in conjunction with a cultural change in how doctors think about their patients or not.”

Health care providers have long experimented with ways to prevent complications that can land a patient back in the hospital, with varying success, said Kristin Carman, vice president of health policy research at the American Institutes for Research. Robo-calls reminding you to take your medicine, for example, don’t seem to be very effective. And the new technologies don’t always address demographic, cultural and language barriers that can prevent patients from communicating with their doctors. For now, HealthLoop is only available in English.

Dr. Jordan Shlain, a San Francisco internist, said he founded HealthLoop because he wanted a simple way to keep track of his patients’ progress after a hospital visit or procedure.

“Every human has the same kind of trajectory of concerns and anxieties with regard to medical situations,” Shlain said.

HealthLoop, based in Mountain View, offers “a digital extension of the doctor,” he said. “You know your doctor can’t email you every day; you know your doctor usually will not call you. Now you’re in a world where your doctor says I’d like to use this system to stay in touch with you and guide you through your recovery.”

Dr. Thomas Vail, professor and chairman of the department of orthopedic surgery at the University of California-San Francisco would agree — up to a point.

With his UCSF colleagues, Vail is testing HealthLoop’s system with his patients, and the university will be evaluating whether patients who use it have fewer adverse events than their peers.

UCSF helped create some of the language for the automated emails and has a financial relationship with the company, said Dr. Aenor Sawyer, who directs UCSF’s Skeletal Health Service and is a leader at the university’s Center for Digital Health Innovation.

While Vail thinks HealthLoop is potentially promising, he’s cautious about its role in his practice.

“I don’t think it substitutes for face-to-face communication,” Vail said, “but it does help us collectively to not overlook something that might be important.”