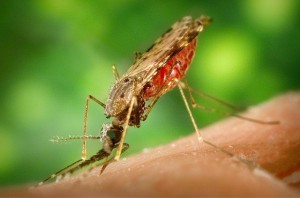 Local health officials in Texas have confirmed a case of Zika virus infection that was transmitted by sex, and not by the bite of a mosquito.

The virus, which is typically spread by mosquitoes, is suspected of causing thousands of birth defects in Brazil.

The Dallas County Health and Human Services Department reported Tuesday that an unidentified patient had become infected with the Zika virus after having sex with an individual who had returned from Venezuela, one of the Latin American countries where Zika is circulating.

“This increases our awareness campaign in educating the public about protecting themselves and others,” Health Department Director Zachary Thompson said in a statement. “Next to abstinence, condoms are the best prevention method against sexually transmitted infections.”

Scientists have suspected that Zika could be transmitted sexually, and there have been scattered reports of similar occurrences in recent years.

If it proves that the virus can be spread through sex, it could complicate efforts to contain infections from the virus, which health officials have said is “spreading explosively” across South and Central America.

Dr. Robert Glatter, an emergency physician at Lenox Hill Hospital in New York City, said, “The Zika virus is typically transmitted by mosquitoes, but we are now seeing another pattern of transmission via sexual contact. This mode of transmission needs to be studied more carefully to understand the ways that the virus can potentially be spread in this manner.”

Martino added that “most cases will be transmitted via mosquito, and this form of sexual transmission is likely to be a rare occurrence of infection.”

The news out of Dallas comes one day after the World Health Organization (WHO) declared the Zika virus a global health threat, based on the suspicion that the virus may be to blame for thousands of birth defects in Brazil in the past year.

While the Zika epidemic first surfaced in Brazil last spring, it has since spread to more than 20 countries in South and Central America and the Caribbean. Though a cause-and-effect link has not been proven, many public health experts fear the virus can cause microcephaly, a condition that causes babies to be born with permanent brain damage and very small heads.

Dr. Margaret Chan, director general of the WHO, said Monday that the explosive growth of microcephaly cases in Brazil constitutes an “extraordinary event and a public health threat to other parts of the world.”

Chan made her remarks during an emergency meeting at the U.N. health agency’s headquarters in Geneva, Switzerland, to assess what is known about the Zika virus and its potential relation to the surge of birth defects in Brazil.

The WHO estimates there could be up to 4 million cases of Zika in the Americas in the next year. However, no recommendations were made Monday to restrict travel or trade, the Associated Press reported.

The U.S. Centers for Disease Control and Prevention on Monday added four more destinations to its list of 20 countries in Central and South America and two U.S. territories that pregnant women are advised to avoid because Zika infection is active there. The four destinations added were American Samoa, Costa Rica, Curacao and Nicaragua.

U.S. health officials have said it’s unlikely that the Zika virus will cause a widespread threat here, but some infections are likely to occur.

The Zika virus was first identified in Uganda in 1947, and until last year was not thought to pose serious health risks. In fact, approximately 80 percent of people who become infected never experience symptoms.

But the increase of cases and birth defects in Brazil in the past year — suspected to exceed more than 4,100 — has prompted health officials to warn pregnant women or those thinking of becoming pregnant to take precautions or consider delaying pregnancy.

“It is important to understand, there are several measures pregnant women can take,” Chan said, the AP reported. “If you can delay travel and it does not affect your other family commitments, it is something they can consider.

“If they need to travel, they can get advice from their physician and take personal protective measures, like wearing long sleeves and shirts and pants and use mosquito repellent,” she said.

Underscoring the level of concern about travel, U.S. health officials said late last week that they were considering whether to put a halt to blood donations from travelers returning from countries affected by the Zika virus, primarily in Central and South America.

Dr. Anthony Fauci, head of the U.S. National Institute of Allergy and Infectious Diseases, said Thursday that a review of blood donation policies was underway, based on whether a person may have been exposed to the virus.

“The FDA [U.S. Food and Drug Administration] is looking at the issue of blood supply, blood donors and travelers,” Fauci said. “We know it [the Zika virus] is in the bloodstream very briefly, most people have cleared the bloodstream of the virus after about a week.”

Canadian health officials announced last Thursday that they would put blood-donation restrictions in place by this week.

Monday’s public health emergency declaration by the WHO can unleash action and research funding from governments and non-profits around the world. And it gives the WHO the position of global coordinator, and its decisions the force of international law, The New York Times reported.

The agency came under heavy criticism for what many considered a poor and delayed response to the Ebola outbreak in West Africa two years ago that eventually took more than 11,000 lives.

U.S. health officials said at last Thursday’s media briefing that efforts to create a Zika vaccine were getting a leg up from lessons learned during earlier battles against other mosquito-borne viruses.

Researchers are working on two potential vaccines, each based on earlier vaccines created in response to prior outbreaks of West Nile virus and dengue, Fauci said.

A Zika vaccine could be ready for clinical trial by later this year, but Fauci warned that it will likely take years before the vaccine is ready for market.

There have been no outbreaks of Zika virus in the United States so far. But, limited U.S. outbreaks are “possible” and “even likely” given that the same sort of aggressive, day-biting mosquito that spreads Zika is present in the southern United States, said Dr. Anne Schuchat, principal deputy director of the U.S. Centers for Disease Control and Prevention.

However, Schuchat emphasized that the main health concern at this time is for pregnant women who are exposed to the virus.

“Increasing lines of evidence suggest that some women who are infected with Zika during their pregnancy may go on to deliver a baby with a serious brain injury,” Schuchat said.

But Schuchat emphasized that the virus does not present a strong health risk to the average person.

“About four of five people who get infected with Zika never have symptoms at all,” she said. “Those who do get sick usually have very mild symptoms — fever, rash, joint pain and red eyes or conjunctivitis. Symptoms typically last a couple of days, up to a week.”

Schuchat said that “it’s very rare for a person with Zika to get seriously ill or to die” from it.

Schuchat did note that health authorities in Brazil also have reported an increase in Guillain-Barre syndrome, a rare neurological disorder that causes muscle weakness and paralysis lasting as long as a few years. Researchers are now investigating whether there is any link between Zika virus and Guillain-Barre.

Although health officials view some U.S. cases of Zika infection as likely, particularly in southern states, the United States enjoys certain advantages that should keep such an outbreak limited to a small area, Schuchat said.

Urban areas in the United States are less congested than they are in other countries of the Americas, making it more difficult for mosquitoes to spread disease hopping from one person to the next, she said.

Also, people in the United States are more likely to have their windows shut, thanks to air conditioning, or to have screens on open windows, which keep mosquitoes from invading their homes, she added. 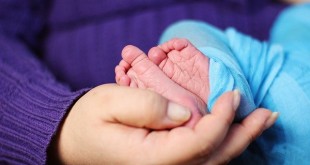 Zika Virus Can Leave Children With Lifetime of Health Problems

California Campaigns To Curb E-Cigarette Use