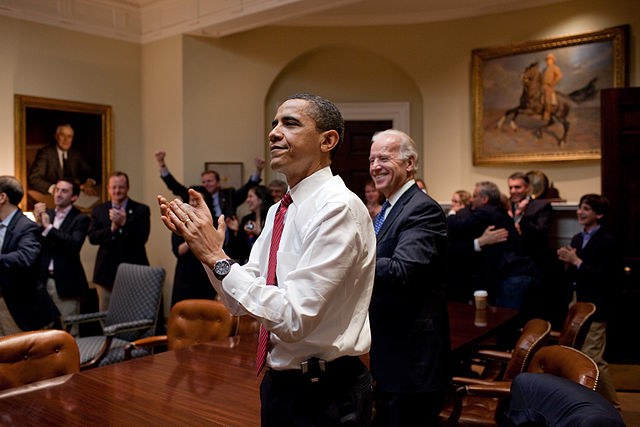 One paper reports that Medicaid expansion under the health care law has made sure that hospitals do not have to eat the cost of caring for the uninsured.

“It seems like Medicaid expansion is having a really big impact on uncompensated care,” said lead author Katherine Hempstead, director of health insurance research for the Robert Wood Johnson Foundation.

The other paper found that childbirth among young women (aged 19 to 26) is covered more often now by private insurance than Medicaid — an indication that many are remaining on their parents’ insurance as provided for under Obamacare.

“The young adult provision appears to be associated with a significant decrease in public coverage and a significant increase in private coverage, which is contrary to what many people might think about the Affordable Care Act,” said senior author Dr. Aaron Carroll. He is associate director of Children’s Health Services Research at Indiana University School of Medicine in Indianapolis.

Both papers focus on specific aspects of the 2010 Affordable Care Act related to health coverage.

The health-reform legislation expanded Medicaid coverage to include adults with incomes at or below 138 percent of the poverty line. That currently is $16,242 for a single person, and $33,465 for a family of four.

The law also allows young adults to remain on their parents’ insurance up to age 26.

The Medicaid expansion was expected to reduce uncompensated health care provided by hospitals, by making sure that as many people as possible were covered by some form of health insurance, Hempstead said.

However, the Supreme Court ruled in August 2012 that states could opt out of the Medicaid expansion.

The investigators found a large increase in Medicaid-paid hospital care in the expansion states between 2013 and 2014, both for inpatient and emergency room care, Hempstead said.

At the same time, hospitals in expansion states experienced a dramatic reduction in the amount of health care they wound up performing for free because the patients couldn’t afford to pay, she said.

For example, the average decline in uncompensated emergency room care in expansion states was about 30 percent, compared with about 9 percent in non-expansion states, the researchers reported.

“It seems like it’s pretty advantageous for hospitals if you expand Medicaid,” Hempstead said. “Not surprisingly, hospital associations are huge advocates of Medicaid expansion, and this really shows why.”

The legislation’s young adult provision also appears to be working, according to the second paper.

Prior to Obamacare, more than 60 percent of births among young adults aged 19 to 26 were covered by Medicaid, the authors said in background notes.

But by January 2013, private insurance payment for childbirths in that age range had increased by 10 percent, while Medicaid payments had experienced a decrease, Carroll said. There also was a slight reduction in the number of young adults paying for childbirth out of their own pocket.

At the same time, young adults 27 to 29 not covered by the Obamacare provision continued to rely on Medicaid to pay for childbirth, the researchers found.

“Getting all of these births off of Medicaid coverage relieves the public burden on the states,” Carroll said. “It’s one way the Affordable Care Act may actually have shifted the expense of childbirth from a public burden to a private burden.”