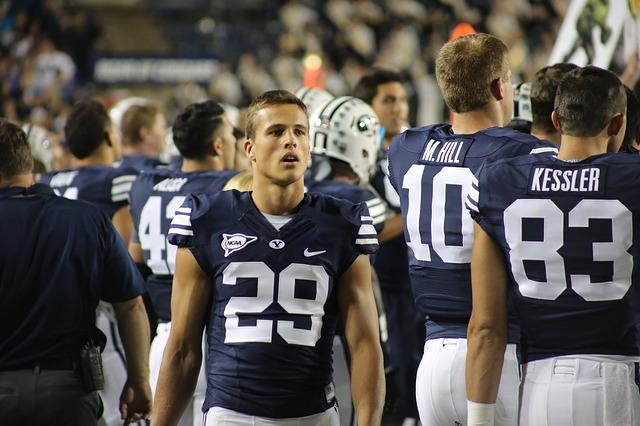 A new strategy to prevent concussions on the football field that seems counterintuitive may actually work, a new study suggests.

Instead of shielding the head with increasing layers of padding, researchers think they can reduce head impacts by having players temporarily practice without helmets. That approach seems to encourage players to avoid using their heads as weapons, the researchers added.

“We’ve found a way to decrease the number of impacts in the sport of football,” said study author Erik Swartz, chair of kinesiology at the University of New Hampshire. “It’s natural. By doing these drills without helmets, we take advantage of their [players’] vulnerability when their heads aren’t protected. They’ll naturally keep their heads out of contact.”

The new study into this strategy is tiny and has its limitations, an expert pointed out. And, due to its design, the study can’t prove that more helmet-less practice time reduces head impacts over a season. More research is necessary to know whether helmet-less practices can really help protect football players in general, let alone whether it’s appropriate for various levels — from flag football for kids to the professionals in the National Football League.

The study appears in the January issue of the Journal of Athletic Training.

Concussions in sports have garnered increasing attention recently. The focus has come amid greater awareness about devastating and even deadly head injuries to football players at all levels.

The new Will Smith movie, Concussion, deals with the dangers of football-related head injuries in pro football.

“It provides a false sense of security,” he said. “You can sustain a lighter magnitude impact for multiple times, and it doesn’t hurt. So you’re less careful with your head when it’s protected.”

In the new study, researchers randomly split 50 National Collegiate Athletic Association (NCAA) Division 1 football players from the University of New Hampshire into two groups of 25. One group practiced as normal with helmets, while the other spent five minutes once or twice a week doing tackling drills without helmets or shoulder pads.

Researchers studied data from sensors the players wore on their skin. The study revealed that those who went through the helmet-less practices had 30 percent fewer head impacts over the season compared to those who practiced with helmets. Overall, those who took part in the helmet-less program had about 10 impacts, while the others had about 14, the study authors said.

Swartz believes that players who practice without helmets develop “motor memory” skills that carry into games. Essentially, the players and their bodies learn how to avoid head injuries. “They’re keeping their head out of contact,” he said.

The approach may work for young football players and perhaps even the pros, Swartz said. But, he doesn’t expect that helmets will disappear from football unless there’s a radical rethinking of the sport.

Anthony Kontos is research director of the UPMC Sports Medicine Concussion Program and an associate professor of orthopedic surgery at the University of Pittsburgh. He called the study interesting, but cautioned that it has weaknesses.

Among other things, he said, it was small and didn’t report on concussions among the players. Nor, he said, did it make clear whether players benefited from the new practice routine itself or from not wearing helmets. It’s also possible, he said, that those who took part in the helmet-less practices focused more on head safety.

Whatever the case, he said, it’s still important to teach players about safe tackling. “They will have fewer impacts to the head by tucking the head away from the tackle,” he said.

Study author Swartz said researchers are seeking a grant to test the helmet-free strategy in high school football, because kids are especially vulnerable to brain injury.