More screen time may cause nearsightedness in kids 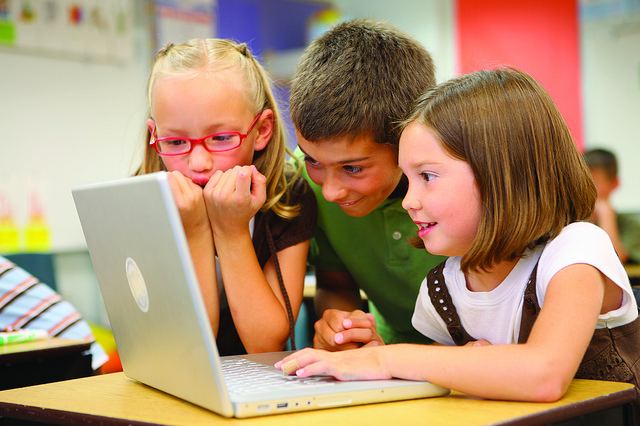 Children who spend lots of time indoors and on computers and other electronic devices may be raising their risk for nearsightedness, a panel of U.S. ophthalmology experts suggests.

The prevalence of Americans with nearsightedness — also known as myopia — has nearly doubled over the last 50 years, the ophthalmologists noted.

The ophthalmologists suspect the increase is due to “near work” — focusing on something close to your eyes — and the decreased amount of time spent outdoors in natural light.

“Kids are spending much more time doing indoor activities with their cellphones, iPads, computers, and so on,” said Dr. Rohit Varma, director of the University of Southern California Eye Institute in Los Angeles.

“Especially when children are young, when they play these games indoors where they’re seeing things very close to them and doing it in low-light level — that combination of doing near activities in low light is what contributes to these children becoming very nearsighted,” Varma said.

A panel of 10 ophthalmology experts discussed the global increase of childhood myopia at the American Academy of Ophthalmology’s (AAO) recent annual meeting in Las Vegas. Information presented at meetings is usually viewed as preliminary until published in a peer-reviewed journal.

Anyone can be nearsighted, but it’s more common in people whose parents are nearsighted, said Dr. K. David Epley, a spokesman for the AAO. The condition is also much more prevalent in industrialized and urban areas than in rural areas, he added.

Children of East Asian descent are genetically predisposed to nearsightedness, but children’s habits in those regions may be increasing the rates of myopia even more. The current rate of myopia in young people in China is 90 percent compared to about 10 to 20 percent 60 years ago, the experts said. That compares to a rate of 42 percent for Americans between the ages of 12 and 54, according to previous research.

The ophthalmologists noted the difference in Chinese and American work habits. Children in China spend up to 12 hours a day doing near work, compared to their U.S. peers, who spend about nine hours a day on near work, the eye experts said.

Dr. David Hunter, chief of ophthalmology at Boston Children’s Hospital, explained that nearsightedness is when your eyes are capable of focusing up close but not far away. It generally happens when the eye grows too long, and the best focus point no longer aligns well with the area at the back of the eye called the retina. Hunter likened the retina to the film of a camera.

If the lens isn’t focusing the light on the film, then the image is going to be blurry, Hunter said. In the case of myopia, the retina is too far away from the focal point until objects are closer.

While myopia is not reversible — or even stoppable — its progression can be slowed, the eye experts said.

“We want to encourage our kids to read, but it’s not a great thing to read for hours straight without looking up from the page,” Epley said. “Encourage kids to take breaks. Every 20 minutes, take a 20-second break. Get your eyes off the page with something that’s farther away.”

Although there are no conclusive studies that say dim light is harmful, Epley said, it does require more accommodation and focus, which can lead to a strain on the eyes. So always make sure your kids are reading in bright light.

There’s no specific number of hours shown to be too much time spent on near work, Varma said. But having kids spend more time playing outdoors is an important way to help prevent myopia, he noted, adding that playing outside may benefit every aspect of a child’s growth, including their eyes.

“When you’re outdoors there’s more stuff that’s far away, and when you’re indoors the furthest thing away is still probably about 20 feet away,” Hunter pointed out.

Another benefit to kids spending time outdoors is the exposure to natural light. If kids do need to stay indoors, having large, glass windows in the home is helpful so kids can still get the benefit of seeing objects at a distance, and get exposure to bright light, Varma said.