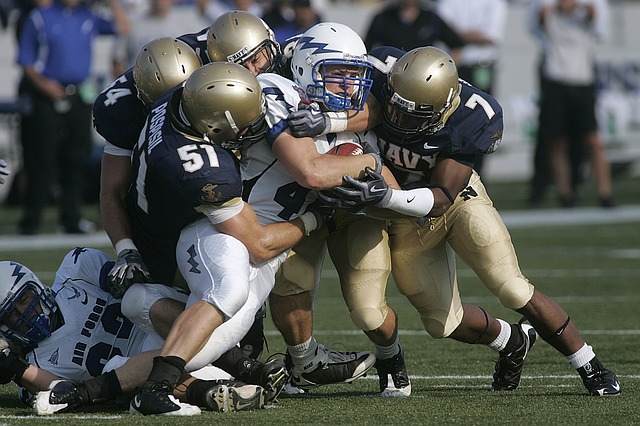 As the National Football League continues to struggle with the health risks posed by concussions, a new HealthDay/Harris Poll finds that vast majorities of Americans say football teams need to do more to protect their players from head injuries.

The poll reveals that the public is now widely aware of the often-debilitating and sometimes deadly health problems facing many current and retired pro players — a controversy that’s the focus of a new Will Smith movie, Concussion, which premieres Christmas Day.

“There’s definitely an increase in concern for players at all levels,” said Dr. Sharief Taraman, a pediatric neurologist at Children’s Hospital of Orange County, California. “Although it started with NFL players having these tragic outcomes, it’s trickled down to even the pediatric level.”

The poll findings also suggest that the more a person knows about the concussion crisis, the more likely he or she wants to see action taken to protect players, Taraman added.

According to the poll, both the general public and pro football fans in particular say football teams at all levels — from the pros to youth leagues — should:

Americans also think that aggressive tackles that can lead to head injuries should be restricted in youth football (79 percent for the general public; 84 percent for football fans and 72 percent for non-fans).

A smaller majority also supports limiting aggressive tackles in pro football — about three out of every five people, across the board.

The NFL instituted rules in 2010 designed to limit head injuries, but the public is generally skeptical about whether those rules are working, the poll found.

Only 44 percent feel the new rules have been effective. However, football fans are more likely than non-fans to say the new rules are working — 57 percent versus 26 percent.

People may be skeptical because there are incentives at all levels of the NFL — from players to coaches to team owners — to not strictly enforce these rules, suggested Dr. Stephen Rice, director of the Jersey Shore Sports Medicine Center at the Jersey Shore University Medical Center in Neptune, N.J.

In a statement, the National Football League said: “The NFL has made numerous changes to the game to enhance the health and safety of players at all levels of football. These include nearly 40 rule changes in the last decade, strict concussion protocols, and better training and sideline medical care. We are seeing measurable results, including a 34 percent decrease in concussions in NFL games since the 2012 season.

“Additionally, we are funding independent scientific and medical research and the development of better protective equipment to advance further progress. The game continues to change, and the safety of our players remains our highest priority,” the statement said.

The concussion controversy in football traces back to at least 2002.

That’s the year Pittsburgh forensic pathologist Dr. Bennet Omalu decided on the spur of the moment to autopsy the brain of “Iron Mike” Webster, a star center for the Pittsburgh Steelers who died at age 50 after years of dementia had left him penniless and intermittently homeless.

Omalu discovered that Webster’s brain was riddled with large clumps of tau protein, which generally is considered a hallmark of Alzheimer’s disease. Omalu — who’s portrayed by Smith in the new movie — published his findings in the journal Neurosurgery in 2005.

Omalu’s research served as the spark for the concussion crisis in football. Since his initial discovery involving Webster, a stream of personal tragedies and research has further tied football at many levels — not just the pro level — to concussions and potential brain damage.

In perhaps the most shocking example, All-Pro linebacker Steve Baul “Junior” Seau took his own life in 2012 at age 43, shooting himself in the chest to preserve his brain for research that later showed it had sustained the same sort of damage as Webster’s.

A month later, a federal district court judge gave final approval to a lawsuit brought against the NFL by more than 5,000 former players, some of whom accused the league of downplaying the dangers of repeated concussions. The settlement provides payments of up to $5 million per player for those suffering from severe neurological disorders.

Also this year, NFL legend and Hall of Famer Mike Ditka said he wouldn’t want his child to play football.