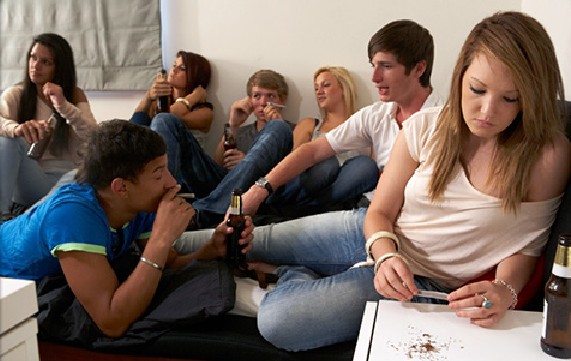 Daily marijuana use remained relatively stable at 6 percent, while those seniors who said they smoked cigarettes every day dropped from 6.7 percent in 2014 to 5.5 percent, the researchers found.

The same trend has been seen on college campuses, with a recent report showing that more college students (6 percent) now smoke a joint each day than light up a cigarette (5 percent).

“While we have seen no increase in marijuana use, we continue to see deterioration in the perceived riskiness of marijuana,” said Dr. Wilson Compton, deputy director at the U.S. National Institute on Drug Abuse (NIDA). “That often has been a predictor of greater use of marijuana in future years.”

NIDA funded the survey, which was conducted by researchers at the University of Michigan.

These include teens seeing it being used to treat certain medical conditions and being legalized around the country. “With the drug being legalized, parents may see it as being less harmful as well,” he said. “We are definitely going to see increased marijuana use.”

But Krakower said marijuana can be harmful. “Marijuana can harm thinking and memory, lower IQ and increase mental problems, especially among teens,” he said. “As marijuana becomes legal, it will have to be controlled like cigarettes.”

Compton noted that he has seen a great deal of positive news about drug use trends among youth.

“We are seeing a drop in the use of prescription painkillers,” he said. “The numbers are way down from what they were just five years ago.”

Cigarette use among teens is at the lowest levels ever, Compton said. “The news about other forms of tobacco is not as good, and remains of great concern,” he said. Moreover, the use of e-cigarettes is much higher than a year ago.

The new report, which was released Dec. 16, included data from nearly 45,000 students from close to 400 public and private schools in the United States. The survey measures drug use and attitudes among eighth-, 10th- and 12th-graders.

“While we have seen good news in many areas, there is still a lot of work to be done,” Compton said.

Highlights in the report include:

cigarettes college students high school seniors marijuana pot 2015-12-16
Physicians News
Share
Previous Medicine does not take off for Christmas; Neither do doctors
Next Credentialing is a big pain for doctors