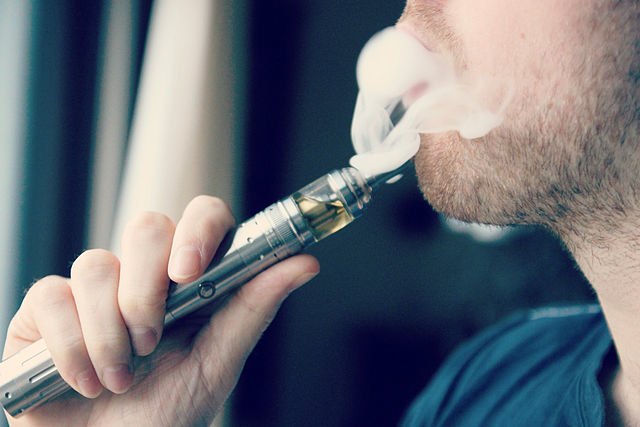 Many electronic cigarettes contain flavoring chemicals that may cause lung disease, researchers say.

A team from Harvard School of Public Health in Boston tested 51 types of flavored e-cigarettes and liquids. The investigators found that 47 (more than 75 percent) of them contained diacetyl.

The chemical has been linked to a severe lung disease called bronchiolitis obliterans, also known as “popcorn lung” because it was first diagnosed in workers who inhaled artificial-butter flavoring in factories making microwave popcorn.

Two other related flavoring chemicals that may pose a lung hazard were also found in many of the flavored e-cigs and liquids tested, according to researchers led by Joseph Allen, an assistant professor of exposure assessment science at the school.

One such flavoring chemical, acetoin, was detected in 46 of the flavors while another, called 2,3-pentanedione, was found in 23 of the flavors, the findings showed.

The study was published online Dec. 8 in the journal Environmental Health Perspectives.

“Recognition of the hazards associated with inhaling flavoring chemicals started with ‘popcorn lung’ over a decade ago,” Allen said in a Harvard news release. “However, diacetyl and other related flavoring chemicals are used in many other flavors beyond butter-flavored popcorn, including fruit flavors, alcohol flavors and, we learned in our study, candy-flavored e-cigarettes.”

Study co-author David Christiani, a professor of environmental genetics at the school, added, “Since most of the health concerns about e-cigarettes have focused on nicotine, there is still much we do not know about e-cigarettes. In addition to containing varying levels of the addictive substance nicotine, they also contain other cancer-causing chemicals, such as formaldehyde, and as our study shows, flavoring chemicals that can cause lung damage.”

There are currently more than 7,000 varieties of flavored e-cigs and liquid, the researchers said, but there’s a lack of information on their potential health effects.

Attempts by HealthDay to reach the American Vaping Association, which represents the industry, were unsuccessful.