Ovarian cysts in mom may raise risk for autism in child 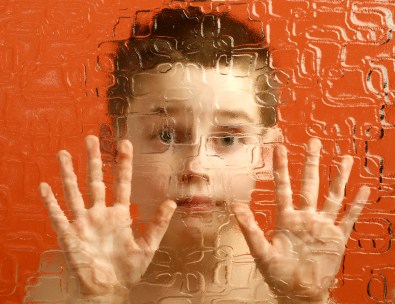 Children of mothers with polycystic ovarian syndrome (PCOS) may have an increased risk for autism, new research from Sweden suggests.

This study is the first to find such a link, the researchers said. And, they added, the findings support the theory that exposure to sex hormones early in life may play an important role in a child’s risk of autism.

PCOS is a disorder in which a hormonal imbalance can cause changes in the menstrual cycle, ovarian cysts, trouble getting pregnant and other health problems. It affects 5 percent to 15 percent of women of childbearing age, the study authors said.

“We found that a maternal diagnosis of PCOS increased the risk of autism spectrum disorder in the offspring by 59 percent,” lead researcher Kyriaki Kosidou, of the department of public health sciences at the Karolinska Institute in Stockholm, said in an institute news release.

However, the study only shows an association between PCOS and autism in offspring. It wasn’t designed to prove a cause-and-effect relationship.

The investigators identified about 24,000 children with an autism spectrum disorder born in Sweden between 1984 and 2007. The researchers then compared them to 200,000 children without the developmental disorder.

“The risk [of autism] was further increased among mothers with both PCOS and obesity, a condition common to PCOS that is related to more severely increased androgens,” Kosidou explained.

Androgens are sex hormones responsible for the development of male characteristics. These hormones also play a role in the development of the brain and central nervous system, the researchers said. Women with PCOS have higher levels of androgens, even during pregnancy, according to background information in the news release.

The study was published online Dec. 8 in the journal Molecular Psychiatry.

“It is too early to make specific recommendations to clinicians in terms of care for pregnant women with PCOS, though increased awareness of this relationship might facilitate earlier detection of [autism] in children whose mothers have been diagnosed with PCOS,” study senior author Renee Gardner, of the department of public health sciences at the Karolinska Institute, said in the news release.

Copyright © 2015 HealthDay. All rights reserved. Photo by hepingting via Flickr.