Breaking News
Home / Headlines / While bacon and hot dogs can cause cancer, the risk is small

While bacon and hot dogs can cause cancer, the risk is small 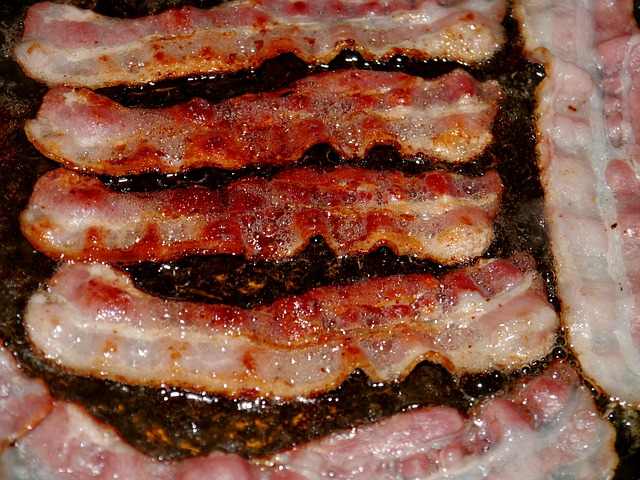 Check off more foods from your list: No more hot dogs.  They cause cancer.  Sausages and bacon, too.  That’s according to a new report from the International Agency for Research on Cancer (IARC), which “concluded that there is sufficient evidence in human beings for the carcinogenicity of the consumption of processed meat.”

Processed meat, according to the IARC, is meat that has been “transformed through salting, curing, fermentation, smoking, or other processes to enhance flavor or improve preservation.”  Other examples of processed meat include ham, beef jerky and corned beef.

Red meat — including beef, veal, pork and lamb — is also on the chopping block, although at a lower risk category than processed meat.

The IARC reviewed 800 epidemiological studies that investigated the association of cancer with consumption of red meat or processed meat. They concluded that consumption of processed meat is carcinogenic to humans “on the basis of sufficient evidence for colorectal cancer.”

Processed meat was categorized by the IARC as a Group 1 risk, which is the category “used when there is sufficient evidence” linking the agent to cancer.  In this case, the IARC says “eating processed meat causes colorectal cancer.”

As for red meat, the IARC determined that it is “probably” carcinogenic to humans and linked to pancreatic and prostate cancer.

The IARC classified red meat as a Group 2A category risk, which means there is limited evidence linking red meat to cancer.  “Limited evidence,” according to the IARC, means that a “positive association has been observed between exposure to the agent and cancer but that other explanations for the observations (technically termed chance, bias, or confounding) could not be ruled out.”

But before you throw away your barbecue, the jury is still out on the urgency of the report.

Dr. Natalie Azar, medical correspondent for NBC News, warns that the IARC is merely the research affiliate of the World Health Organization and that this “does not equate with a proclamation from the WHO.”

By its own definition, the IARC is “a research organization that evaluates the evidence available on the causes of cancer but does not make health recommendations.”

In addition, Dr. Azar said in regard to red meat that “association does not mean causation.” As noted in the “limited evidence” definition, it is important not to overreact to one report.

For example, tobacco is also listed as a Group 1 carcinogen.  But that does not mean that eating meat is as dangerous as smoking cigarettes.

The Group classifications describe the strength of the scientific evidence, which, in this case, was derived from the 800 studies reviewed by the IARC.  But the groupings by definition do not assess or categorize the level of risk.

There was not enough data to determine the best way to prepare meat for the least amount of risk.  While cooking at higher temperatures and on direct flames may produce more carcinogenic chemicals, eating lower cooked or raw meats increases risk for infection.

“For an individual, the risk of developing colorectal cancer because of their consumption of processed meat remains small, but this risk increases with the amount of meat consumed,” said Dr. Kurt Straif of the IARC.

As for which meats may be better than others, the IARC says “there is not enough information to say whether higher or lower cancer risks are related to eating any particular type of red meat or processed meat.”