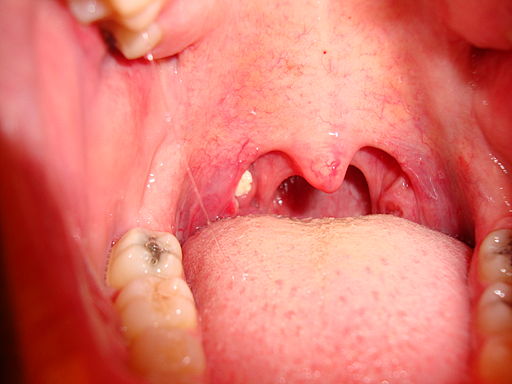 Children who have their tonsils removed to treat sleep apnea are more likely to suffer breathing complications than kids who have the procedure for other reasons, a new review shows.

Researchers found that across 23 studies, about 9 percent of children undergoing a tonsillectomy developed breathing problems during or soon after the procedure. But the risk was nearly five times higher for kids with sleep apnea, versus other children.

Experts said the findings, reported online Sept. 21 in the journal Pediatrics, should not scare parents away from a procedure that could help their kids.

Instead, they said, doctors should be aware that children with sleep apnea have higher odds of respiratory complications, such as low oxygen levels in the blood, during and shortly after the procedure.

Parents also need to be aware — since breathing difficulties can arise later on, said senior researcher Dr. David Gozal, chief of pediatrics at the University of Chicago.

“After they go home, parents should be attentive for breathing problems. That includes checking on your child while he or she is sleeping, at least for the first 24 hours,” Gozal said.

“In most instances, nothing will happen,” Gozal said. “But it’s important for parents to be aware that tonsillectomy can have [complications], like any other surgical procedure.”

Anywhere from 1 percent to 5 percent of children have obstructive sleep apnea, a disorder in which tissues in the throat constrict during sleep, causing repeated pauses in breathing. Loud snoring is the most obvious symptom, but daytime sleepiness and attention problems are also red flags.

In children, sleep apnea often stems from chronic inflammation in the tonsils and adenoids — infection-fighting tissues in the back of the throat and nasal cavity. So surgery to remove the tissue is often recommended.

In the United States, about half a million children have a tonsillectomy each year, and sleep apnea is the most common reason why, Gozal said.

The procedure is often effective: Studies show that around 80 percent of kids see their symptoms go away or substantially improve.

“When you can eliminate a child’s sleep apnea symptoms, there are important developmental and cognitive [mental] benefits,” said Dr. Tod Olin, a pediatric pulmonologist at National Jewish Health, a Denver-based hospital that specializes in respiratory diseases.

Since sleep apnea causes poor sleep, the effects often show up during kids’ waking hours — in the form of irritability and attention problems, for example.

The new findings are important, he explained, because they quantify the risk of breathing problems from tonsillectomy.

But parents should also keep the potential benefits in mind, he added.

The findings are based on 23 studies that looked at tonsillectomy complications. Overall, Gozal’s team found, the most common issues included “respiratory compromise,” bleeding, pain and nausea.

Four of the studies differentiated kids having surgery for sleep apnea from those having it for recurrent tonsil infections. Across those studies, children with sleep apnea were five times more likely to have respiratory complications.

On the other hand, they were at lower risk of bleeding — for reasons that are unclear, Gozal said.

The next big question, according to Gozal, is whether the breathing risks are greatest for certain subgroups of kids with sleep apnea — such as those who are obese or who have severe apnea symptoms.

If researchers can zero in on the most at-risk kids, that could help in managing their care before and after surgery, both Gozal and Olin said.

Right now, kids almost always go home the same day, whether they have their tonsillectomy at an outpatient clinic or a hospital, Olin pointed out. It’s possible, he said, that some kids could benefit from an overnight stay, or longer monitoring after surgery — but it’s not yet clear which children.

Gozal had another piece of advice for parents: “If tonsillectomy is being recommended to treat sleep apnea, make sure your child really has sleep apnea.”

Loud snoring and daytime grogginess are symptoms, but the only definitive way to diagnose sleep apnea is through an overnight stay in a sleep lab, Gozal said.