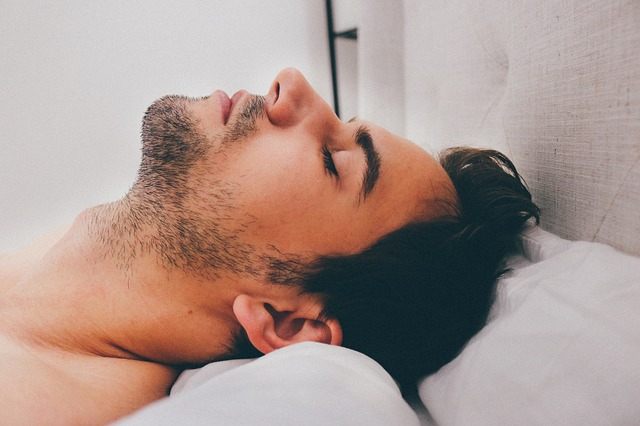 Struggling to breathe with sinus troubles can keep you from getting a good night’s sleep. But a new study suggests that surgery to deal with chronically stuffed sinuses can help people breathe and sleep better, including people with sleep apnea.

The study found that 15 percent of people with chronically stuffed sinuses also had the sleep disorder obstructive sleep apnea. After surgery to clear the sinuses, people reported better quality of life and improved sleep, regardless of whether or not they had a sleep disorder.

According to Dr. Jordan Josephson, an ear, nose and throat specialist at Lenox Hill Hospital in New York City, “Sinus and nasal problems often are part of the problem leading to snoring and sleep apnea, and are often overlooked and left untreated.” Josephson was not involved in the current study, but reviewed its findings.

He added that patients with sinus problems and nasal breathing problems “should all be evaluated for snoring and sleep apnea.”

Obstructive sleep apnea is a condition that causes people to stop breathing for short periods of time throughout the night, according to the U.S. National Institutes of Health (NIH). When people with this condition are asleep, the tongue and other structures can relax a little too much, close off the airway and prevent breathing. Snoring, choking and gasping for air, and daytime fatigue are signs of obstructive sleep apnea, the NIH said.

To find out if patients with both chronic sinus problems and sleep apnea might feel better following sinus surgery, Alt and his colleagues used questionnaires to check outcomes for more than 400 patients who underwent the surgery.

Sixty people also had sleep apnea. Following surgery, the patients had improved on several measures, including psychological and sleep problems, the study found.

The link between obstructive sleep apnea and chronic sinus problems is unclear, said Alt, but might include changes in how air flows through the nose and airways, or how sleep affects the body’s ability to manage infection.

Peter Fotinakes, a neurologist and sleep disorders specialist at St. Joseph Hospital in Orange, Calif., who reviewed the study’s findings, has an idea of how the two conditions might intersect.

“When we’re asleep, we prefer to breathe through our noses,” Fotinakes said. “When we can’t, we open our mouth to breathe, and when you open your mouth, it sets your tongue free.” That freed-up tongue, he said, can fall back into the airway, blocking it.

Do the study findings mean that anyone with a persistent runny or stuffy nose and fatigue should go straight for sinus surgery? No, said Alt. Patients should try medication first before they get into talks with their doctors about surgery, he suggested.

“However, many patients see tremendous benefits in both disease severity and overall quality of life after sinus surgery” that they didn’t get with medicines alone, Alt added.

Fotinakes, giving the perspective from the sleep disorder side of things, agreed that treatment with medicines comes first. He said that patients might initially have a trial of steroid nasal sprays or antihistamines. If those don’t work, he said, “you might consider some sort of surgical treatment, but you want to exercise all noninvasive approaches before you get to that point.”

Josephson agreed with the other experts that medication should come first, but pointed out that surgery is an option if medication doesn’t work.

“The good news is that with newer surgical techniques, most of these procedures can be performed on an outpatient basis without general anesthesia, requiring no packing, no black and blues, with minimal discomfort and most patients can go back to work or school the next day,” Josephson added.

Learn more about sinus surgery from the American Academy of Otolaryngology – Head and Neck Surgery. Copyright © 2015 HealthDay. All rights reserved. 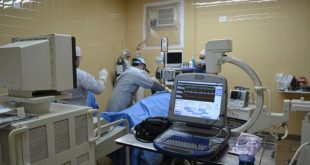