Link Between Agent Orange and Blood Cancer in Vietnam Vets 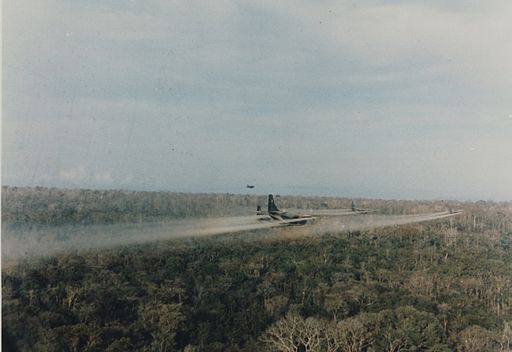 Vietnam veterans exposed to Agent Orange have a more than doubled risk of developing abnormal blood cells that can become cancerous, a new study suggests.

The researchers found that U.S. Air Force vets who conducted aerial herbicide spray missions of Agent Orange during the Vietnam War had a 2.4 times increased risk of developing the blood disease known as monoclonal gammopathy of undetermined significance (MGUS).

The presence of MGUS in a person’s blood is a prerequisite for developing multiple myeloma, explained lead author Dr. Ola Landgren, a hematologist-oncologist and chief of the myeloma service at Memorial Sloan Kettering Cancer Center in New York City.

“Most people who have MGUS will not develop multiple myeloma, but everyone who has myeloma first had MGUS,” Landgren said.

Agent Orange is an herbicide sprayed during the Vietnam War to kill off trees and vegetation that the enemy used as cover. The military sprayed millions of gallons of Agent Orange and other herbicides during the war, mainly in an Air Force effort code-named “Operation Ranch Hand,” which ran from 1962 to 1971, according to background information in the study.

Agent Orange contained two herbicides that, when blended, produced a dioxin called TCDD as an unwanted byproduct, according to the U.S. Department of Veterans Affairs. TCDD is the most toxic of the dioxins and is classified as a proven carcinogen by the U.S. Environmental Protection Agency.

The chemical concoction has been linked to a wide array of illnesses for which veterans can receive benefits, including multiple myeloma. However, until now there has been no scientific evidence to show how exposure to Agent Orange might cause a person to develop the blood cancer, Landgren said.

To figure out the possible link, Landgren and his colleagues examined blood samples taken from 958 Vietnam veterans. These included 479 Operation Ranch Hand veterans who were involved in aerial herbicide spray missions, and 479 comparison veterans who were never exposed to Agent Orange.

The analysis also revealed that Operation Ranch Hand veterans were more likely to have higher levels of TCDD in their blood, and that their risk of MGUS increased as their TCDD levels increased.

“There is a dose-response relationship,” Landgren said.

Munshi said the results provide strong evidence of a link between Agent Orange and multiple myeloma, although a direct cause-and-effect relationship can’t be determined in this sort of observational study.

“It’s not proof, but it’s a good link to show there’s a connection,” said Munshi, who wrote an accompanying editorial to the study.

The findings were published online Sept. 3 in the journal JAMA Oncology.

Landgren and Munshi said that veterans exposed to Agent Orange should have their blood tested for signs of MGUS. If the disorder is detected, they will need to schedule regular follow-ups to keep track of their MGUS and make sure it doesn’t progress.

Studies have shown that tracking people with MGUS can increase the survival rate of multiple myeloma by at least 15 percent, because patients received prompt treatment for their cancer, which reduced their risk of complications, Landgren said.

However, just because vets have MGUS does not mean they need to have their blood tested frequently, Landgren and Munshi said. In most cases, annual checks will be enough.

“I don’t want veterans to get an impression that they need to be seen monthly if they have been exposed to Agent Orange and they have MGUS,” Munshi said. “They need to be followed appropriate to what their MGUS stage is. MGUS is an easy disease to follow.”