U.S. bike deaths fall for kids, but rise for adults 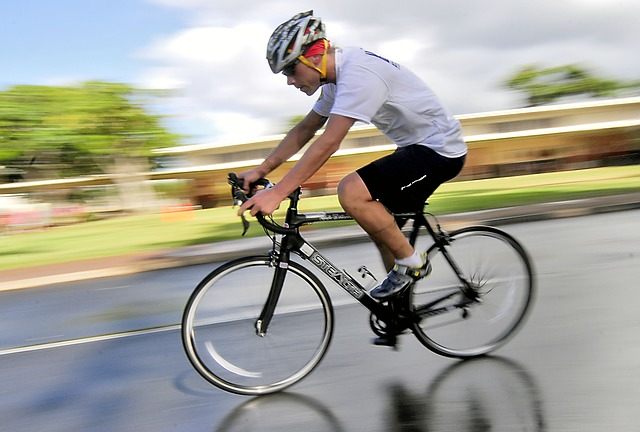 The rising popularity of bicycling among adult men for pleasure or as a means of commuting may have a downside: More fatal bike-related accidents, according to a new report.

The report did have some good news, however: Fewer U.S. children are dying as a result of bike-related accidents, although that may be due to the fact that today’s kids are simply less likely to be riding bikes than in generations past.

Overall, the study points to the need for “expanding traditional road safety interventions” — which have typically focused on motor vehicles — to focus on the safety of bicyclists, as well, the report’s authors said.

The study, led by Jason Vargo of the University of Wisconsin-Madison, looked at U.S. federal data for the years 1975 to 2012. The researchers pointed out that the profile of the typical bike rider has changed a lot during that time, with fewer kids riding a bicycle every day and more adults — especially men — doing so.

“Recent years have seen the largest increase in bicycling [among adults],” the authors wrote. “For instance, during 2000-2012, the number of U.S. workers who traveled to work by bicycle increased 61 percent,” they said.

Most of that growth occurred among men aged 25 to 64. In the meantime, “cycling rates have remained steady for women and have fallen among children,” Vargo’s team said.

Fatality rates varied widely between states, with Vermont having the lowest rate and Florida having the highest, according to the study.

So how can biking be made safer for all Americans? The report’s authors said tried-and-true methods have already been successful in bringing overall death rates down. These include improvements in “road design and engineering, traffic law enforcement, driver and bicyclist behavior, helmet use, and traffic volume,” they wrote.

But much more must be done. Even though the decline in child deaths linked to bike use is heartening, it is most likely “attributable to fewer child bicycle trips” occurring now versus generations past, the researchers said, although the increased use of child bike helmets has also been a factor.

And as more adults hop on their bikes to commute, visit friends or shop, more should be done to protect their safety. The research team noted that many “bike-friendly” U.S. cities have already launched successful interventions, initiatives such as: dedicated bike lanes that are physically separated from car traffic; lowered speed limits; more speed bumps; and better education on safer bike/motorist behaviors.

In other words, they said, “multifaceted approaches to bicycle road safety are likely needed to ensure bicycling safety for all.”

The study was published in the Aug. 14 issue of the U.S. Centers for Disease Control and Prevention’s Morbidity and Mortality Weekly Report.