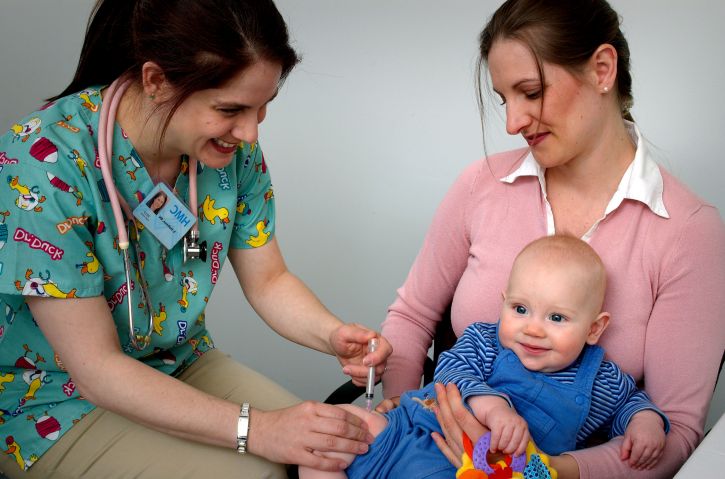 Researchers report they are closer to finding a vaccine for respiratory syncytial virus (RSV), a common illness that few recognize by name but one that’s a major cause of lower respiratory infection in babies and the elderly.

Two new studies of the same vaccine combination, one involving people, don’t prove that it will work in humans. Still, “they certainly do offer hope for the development of vaccines,” said Dr. Peter Openshaw, a senior investigator at the National Institute for Health Research in London, England. Openshaw was not involved in the study, but is working on potential vaccines for the disease.

RSV is the most common cause of severe respiratory illness in infants, experts say.

“Nearly all children are infected with the virus by 2 years of age,” said Geraldine Taylor, a researcher with The Jenner Institute Laboratories in Oxford, England, and lead author of one of the two new studies. “However, infections occur several times throughout life and can cause a range of symptoms, from mild, coldlike symptoms through to severe breathing difficulty.”

Across the world, the virus is thought to kill 200,000 children under the age of 5 each year, she said, and it causes 30 million severe infections. Only malaria is believed to kill more babies under the age of 1.

Openshaw noted, “A vaccine for RSV is one of the last major challenges left for vaccinologists.” But there are big obstacles.

For one, getting infected doesn’t grant a person immunity, he noted. “Second, there were disastrous trials in the 1960s where children were injected with formalin-killed RSV. Subsequent natural infection of these children sometimes resulted in very severe disease that was lethal in at least two cases. This put people off trying to make a vaccine, for fear of causing similar disease augmentation,” Openshaw said.

Now, the researchers behind the two new studies are testing approaches in calves, which suffer from a similar illness, and adults.

In Taylor’s study, researchers found that they were able to protect calves against the similar illness by vaccinating them with a combination of harmless viruses that carried genes from the human disease.

The other study, led by Christopher Green, from the Oxford Vaccine Group at Oxford University in England, tested different levels of the same vaccine combination in 42 healthy adults. The team reported that there appeared to be an immune response and there were no serious side effects, which represents the first of three phases of research required before a vaccine can get approval for use in the United States.

What’s next? For now, the vaccine combination is now being tested in older adults and heading toward testing in children later this year, Taylor said. It could take up to 10 years to develop a vaccine, which would prevent illness in babies and boost immunity in adults and the elderly, she said.

Meanwhile, research released this week by Novavax Co. reported that an experimental vaccine reduced cases of the disease in the elderly by 40 percent to 60 percent.

“The Novavax vaccine is currently the most advanced in the vaccine pipeline, and certainly shows considerable promise,” Openshaw said. “We will have to wait and see how it will play out compared to these other vaccine approaches.”

The two latest studies were published Aug. 12 in the journal Science Translational Medicine.

For more about RSV, try the U.S. Centers for Disease Control and Prevention. Copyright © 2015 HealthDay. All rights reserved.

infants infection respiratory syncytial virus RSV vaccine 2015-08-12
HealthDay News
Share
Previous Why is CVS dumping Viagra and 30 other drugs from its stores?
Next Tuning into your favorite music may boost post-op recovery