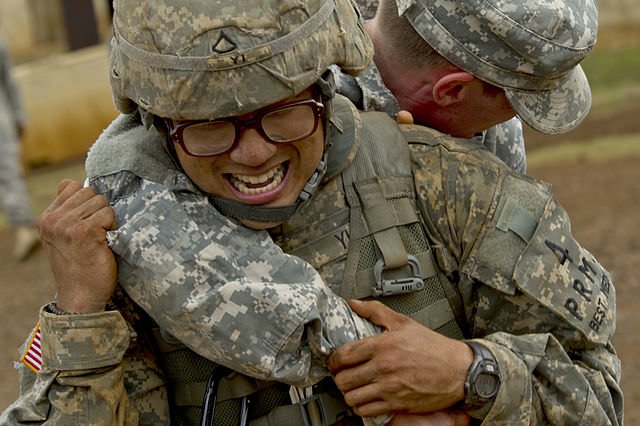 Mindfulness encourages those suffering from PTSD not to avoid disturbing thoughts, feelings and experiences, but rather to accept them and put them in perspective. The approach may help those who aren’t doing well using existing treatments, said lead researcher Melissa Polusny, a staff psychologist from the Minneapolis Veterans Affairs Health Care System.

“Mindfulness-based stress reduction teaches individuals to attend to the present moment, to attend to what they are experiencing — their thoughts, their feelings — in a nonjudgmental, accepting manner,” she said.

“We think that teaching people these mindfulness skills helps them to have a different relationship with their PTSD symptoms — a willingness to let thoughts be there without trying to push them away,” Polusny said.

Mindfulness therapy might be a gentler way for people to confront the trauma that resulted in PTSD, Polusny said. Other exposure-based treatments that make patients relive the trauma are also very effective in treating PTSD, she said.

“But some people have difficulty tolerating them and have difficulty completing them. Mindfulness stress reduction may offer a milder form of exposure that might be more tolerable for some patients,” she said.

The report was published Aug. 4 in the Journal of the American Medical Association.

For the study, Polusny and colleagues randomly assigned 116 veterans with PTSD to nine sessions of either mindfulness-based stress-reduction therapy or present-centered group therapy, which focused on current life problems.

The researchers found that during treatment and in the two months following, mindfulness-based stress-reduction therapy improved PTSD symptoms more than present-centered group therapy did.

However, neither therapy is a cure. People in both groups still suffered from PTSD after therapy, Polusny said.

PTSD affects 23 percent of veterans returning from Afghanistan and Iraq, the researchers said. Untreated, it is associated with high rates of other problems, such as alcohol and drug abuse, disability and poor quality of life.

Simon Rego, director of cognitive behavior therapy training at Montefiore Medical Center and Albert Einstein College of Medicine in New York City, said, “The results themselves are interesting, but not very surprising.”

“Given that the goal of the mindfulness-based stress-reduction program was to teach the participants to attend to the present moment in a nonjudgmental and accepting way, it would make sense that participants would find the program beneficial,” he said.

Mindfulness-based stress reduction allows people to develop new skills that include observing, describing, acting with awareness, not judging and not reacting, to manage their inner experience, thoughts, images, emotions and physical states. This is similar to the goal of the two current first-line PTSD treatments with veterans — prolonged exposure and cognitive-processing therapy, which force patients to face the troubling experiences they had, Rego said.

“Although there is not yet enough evidence to suggest that mindfulness-based stress reduction should supplant the two current first-line treatments for PTSD, the results offer some hope that there may be another credible alternative emerging in the treatment of PTSD that is also acceptable to veterans,” he said.

Rego thinks that mindfulness-based stress reduction might help anyone with PTSD who avoids or cannot tolerate trauma-focused therapy.

“In the meantime, clinicians should continue to offer treatments for PTSD starting with those that have the greatest amount of empirical support,” he said. “However, if those first-line treatments fail or are rejected, then it is important to have available additional treatment options, and it appears that mindfulness-based stress reduction warrants inclusion in this group.”