Sometimes a little Minecraft may be OK, say doctors 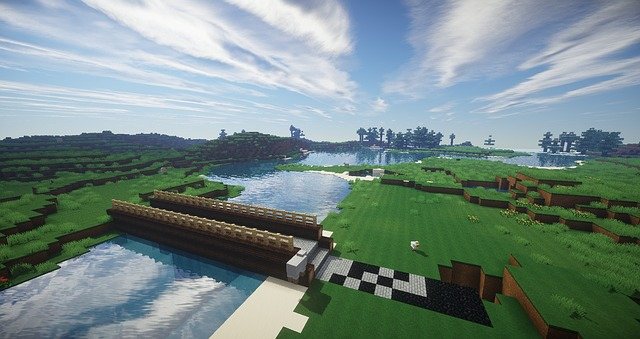 It’s family vacation time, and I’ve taken the kids back to where I grew up — a small plot of land off a dirt road in Kansas.

For my city kids, this is supposed to be heaven. There are freshly laid chicken eggs to gather, new kittens to play with and miles of pasture to explore.

But we’re not outside.

I’m sitting in my childhood bedroom watching my 7-year-old son and his 11-year-old-cousin stare at a screen. The older kid is teaching the younger the secrets of one of the most popular games on Earth: Minecraft.

Minecraft is the megapopular video game that ranges from simple to complicated. But the basics are that players enter a world that looks sort of like Legos on a screen and build anything they want. Think houses, mountains and farms.

But I’m a health reporter, which means I’m more aware than anybody should be about the many rules of raising a healthy, well-adjusted child.

So I monitor and limit their screen time, taking pains to stick to the American Academy of Pediatrics’ recommendations. For kids under 2, that means no screen time. For kids 2 and older — like mine — the doctors recommend “less than one or two hours per day.”

But this is Minecraft. My son’s addiction is acute, and he’s got plenty of company.

Illinois-based graphic novelist Chris Ware was so taken aback by his 10-year-old daughter’s interest that it inspired his recent New Yorker cover.

Ware’s drawing shows two girls, with their backs facing each other, staring at screens and ignoring the toys littered about them.

“It’s pretty amazing how it seems to almost completely usurp the consciousness of the 6- to 14-year-old set,” he says. “My daughter made all these series of underground classrooms, which I thought was such a strange idea, you know.”

This is no Grand Theft Auto-like video game with guns and graphic violence. Schools and camps use Minecraft to teach basic spatial reasoning concepts, albeit with some odd characters, such as squid and pigs.

Before taking vacation, I caught up with Mel McGee during a coding camp she runs in Shaker Heights, Ohio. She was explaining to a handful of preteens how to use red stone dust to make an electrical wire.

“We try to drop some engineering stuff, real-world concepts in there and how it relates to what they’re building in Minecraft,” she says.

So, if you’re using it for good, does it count as screen time? I asked Dr. Victor Strasburger, who helped write the American Academy of Pediatrics recommendations 15 years ago.

“We’re not a bunch of old fuddy-duddies sitting around trying to figure out how we can poke a hole in kids’ entertainment options,” he says.

Research has established that kids who sit in front of TV or video for hours have higher rates of obesity and possibly other health problems. But Strasburger says it’s more complicated than just setting strict time limits.

The academy has no set recommendations on educational screen time or even the use of different types of screens.

“We don’t know about iPads, cellphones, smartphones, new technology because there isn’t the research. When there is, believe me, we would be the first to be talking about it. But there ain’t!”

His advice to parents is to create their own family policies.

Here in my childhood bedroom, I’m watching my son and trying to figure out what our policy should be.

My boy’s virtual person has moved past a pig and is gathering sugar cane, for reasons I am only beginning to understand.

“Dude, you should start a sugar cane farm,” says my nephew. My son agrees.

The obvious irony here is, they don’t actually have to build a farm. They can just walk outside and be part of a real one.

This story is part of a reporting partnership with NPR, WCPN Ideastream and Kaiser Health News, a nonprofit national health policy news service.