Chemo Does Not Improve Quality of Life for Metastatic Cancer Patients 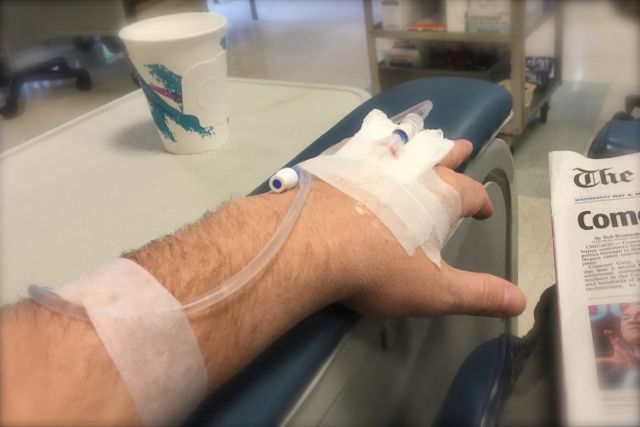 The two main reasons for patients with metastatic cancer to undergo chemotherapy are to live longer and to live better.  A new study has found that such treatment achieves neither of those goals.

While physicians have often expressed concerns about administering chemotherapy to patients nearing death, it is often used as a palliative treatment. An American Society of Clinical Oncology (ASCO) expert panel has called chemotherapy use among patients for whom there was no evidence of clinical value the most widespread, wasteful and unnecessary practice in oncology.

Researchers examined the effect of chemotherapy on patient quality of life in the last week of life as a function of patients’ performance status, which ranks their ability to perform activities such as be ambulatory, do work and handle self-care. They found that those patients have a significantly worse quality of life during their final weeks than those patients who did not receive chemotherapy, according to the study published in JAMA Oncology.

“Not only did chemotherapy not benefit patients regardless of performance status, it appeared most harmful to those patients with good performance status,” according to the authors, led by Holly G. Prigerson, Ph.D., Center for Research on End-of-Life Care, Weill Cornell Medical College, New York.

The study followed 312 patients with progressive metastatic cancer and found that chemotherapy was not associated with improved quality of life near death for patients with moderate or poor ability to perform functions. In addition, the highest functioning patients entering the trial resulted as those whose quality of life in the last week of life was “significantly and meaningfully lower than in those not receiving chemotherapy.”

“We must ask why oncologists treat patients so late when life expectancies are very limited,” said Charles D. Blanke, MD and Erik K. Fromme, MD, Knight Cancer Institute & Oregon Health and Science University, in an accompanying editorial. “It is disturbing that this trial demonstrated no benefits of chemotherapy for patients with solid tumors or poor prognosis, and it is disconcerting that oncologists still recommend and use systemic therapy so close to patient death.”