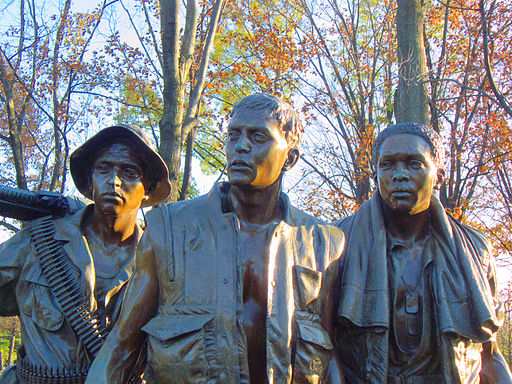 More than a quarter-million Vietnam veterans suffer from post-traumatic stress disorder (PTSD) symptoms today, four decades after the war’s end, a new study estimates. And at least one-third of them have major depression as well.

“It’s been known for thousands of years that serving in war is a hardship, that readjusting to civilian life is a hardship, and that there is a kind of moral injury involved in the duty of being asked to kill others to defend your country,” said lead author Dr. Charles Marmar, director of the Steven and Alexandra Cohen Veterans Center at NYU Langone Medical Center in New York City.

“For some veterans, as they become older, they may become more vulnerable to experiencing PTSD symptoms or might have an increase in their symptoms as their health declines, particularly their neurological health,” Marmar said. “But it’s never too late to get treatment.”

Even for veterans in their 70s and 80s, a combination of psychotherapy, medication, and marital and family therapy can reduce PTSD symptoms, including insomnia, anxiety and irritability, he said.

The Vietnam War ended in 1975. But despite changing times, changing technology and changing attitudes towards war, “in every study, we can estimate roughly 20 to 30 percent of war veterans are vulnerable, and we expect the same from Iraq and Afghanistan,” Marmar said.

Marmar and colleagues followed up with Vietnam veterans who participated in a long-term study starting from 1984 to 1988. Of more than 1,800 still alive for this study, 1,450 participated in at least one phase of the new three-part study. The phases included a health questionnaire, health interview and clinical interview.

The findings were published online July 22 in the journal JAMA Psychiatry.

PTSD is considered an anxiety disorder. People may feel afraid when they’re no longer in danger, or continue to relive traumatic events. They have a damaged “fight-or-flight response,” says the U.S. National Institute of Mental Health.

“The idea of ‘subthreshold’ PTSD is extremely important. We tend to think of combat veterans as having or not having PTSD,” Yehuda said. “This study reminds us that the effects of combat trauma really do last a long time and justifies the long-term treatment that combat veterans receive.”

Depending on the measure, the study showed between 4.5 percent and 11.2 percent of men and between 6.1 and 8.7 percent of women are experiencing serious PTSD symptoms. When the authors applied these numbers to the number of veterans who served in Vietnam and are still living, they calculated that approximately 271,000 men and women are suffering from PTSD symptoms.

Among all those with PTSD, 37 percent also had major depression, and 16 percent reported a major increase in symptoms since the earlier interview, compared to 8 percent whose symptoms had significantly decreased.

“We have to take a very critical look at what we are offering older veterans,” said Yehuda.

“We have to think about helping veterans make lifestyle choices that change the way they feel physically as well as mentally, and focus on building skills and options for productive and meaningful living,” Yehuda said.

The persistence of symptoms in some veterans and not others may relate to a variety of factors, including differences in initial exposure to combat, coping strategies and resilience developed before or after combat, said Dr. Vernon Williams, director of the Kerlan-Jobe Center for Sports Neurology and Pain Medicine in Los Angeles.

“Attention must be paid to early, accurate, effective treatment of PTSD as well as other health- and behavior-related issues that, when poorly managed, are likely to increase the disability related to PTSD,” Williams said.

The importance of early intervention has implications for today’s younger combat veterans as well, Marmar said. The two major supports for returning veterans are the units they served with — “their brothers and sisters in arms” — and their families, he said.

For more about post-traumatic stress disorder, visit the U.S. National Center for PTSD. Copyright © 2015 HealthDay. All rights reserved. By yeowatzup via Wikimedia Commons.