Conversations about end-of-life care are difficult. But even though most people now take some steps to communicate their wishes, many may still receive more intensive care than they would have wished, a study this month found.

The study, published online in JAMA Oncology, examined survey data from the Health and Retirement Study, a national study of U.S. residents older than age 50. Researchers analyzed the responses from the next of kin, usually a spouse or child, of 1,985 participants with cancer who died between 2000 and 2012.

The patients’ family members responded to questions about how frequently patients had signed durable power of attorney documents or living wills or participated in conversations about their end-of life-preferences. Researchers then examined the association between those advance-care-planning activities and the medical care the cancer patients received at the end of life.

Over the study period, the use of durable power of attorney assignment, sometimes called a health care proxy, grew from 52 percent to 74 percent among participants. Small declines were reported in other planning activities — from 49 percent to 40 percent for living wills and 68 percent to 60 percent for end-of-life discussions — but they weren’t statistically significant because the levels varied throughout the study period, says Dr. Amol Narang, a radiation oncologist at Johns Hopkins School of Medicine and the lead author of the study.

“Our hypothesis was that we’d see significant increases over the study period in advance directives,” Narang says. “What we saw was that important aspects of advance care planning haven’t increased.”

At the same time, the proportion of patients who were reported to have received “all care possible” at the end of their lives increased substantially over the study period, from 7 percent to 58 percent, even though such intensive treatment may have been counter to their stated wishes.

A durable power of attorney allows consumers to appoint someone to make health care decisions for them if patients are unable to do so. Living wills describe the types of medical care people wish to receive (or don’t wish to receive) if they’re incapacitated. Neither requires a lawyer, and forms are often available online.

“Patients may have signed that power of attorney, but if they haven’t discussed their preferences with that person the proxy may default to ‘all care necessary,’” Narang says. In other words, lacking clear guidance, the health care proxy may choose to err on the safe side and approve more care rather than limit or withhold it.

Living wills spell out which treatments someone would want — specifying that they would want to be put on a ventilator, for example, or fed through a tube. But some experts say treatment-focused specificity may not serve patients’ best interests.

Spelling out treatment preferences is only useful in context, says Dr. Diane Meier, director of the Center to Advance Palliative Care.

“Of course you would want to be put on a ventilator if it was going to return you to health,” Meier says.

The more important question is a qualitative one: What is the quality of life that is unacceptable to you? Would you want every measure taken to treat an illness or injury even if it meant enduring extreme pain with little likelihood of improvement? Or would you rather forgo such intensive treatment and be kept comfortable instead? Those are the conversations that need to happen, experts say.

The issue is front and center these days as policy makers debate the recent federal proposal to reimburse physicians for conversations with Medicare patients about advance care planning.

“Now that health care professionals can soon be reimbursed for these intimate and thoughtful conversations, I think we’ll see changes in practice patterns and in decisions by family members.”

For physicians, offering treatment, even if there’s little chance it will help, is the only way they may know to show their loyalty and love for a patient, says Meier.

“We have to change the training or nothing will change,” she says.

For that reason, she hopes that the Centers for Medicare and Medicaid Services will require doctors to get some training in how to introduce and take part in conversations about advance care planning rather than simply check a box on a form that says a conversation took place. 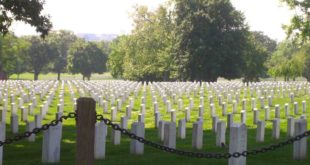 How To Overcome Fear Of Death