Could Antibiotics Raise a Child’s Risk for Juvenile Arthritis? 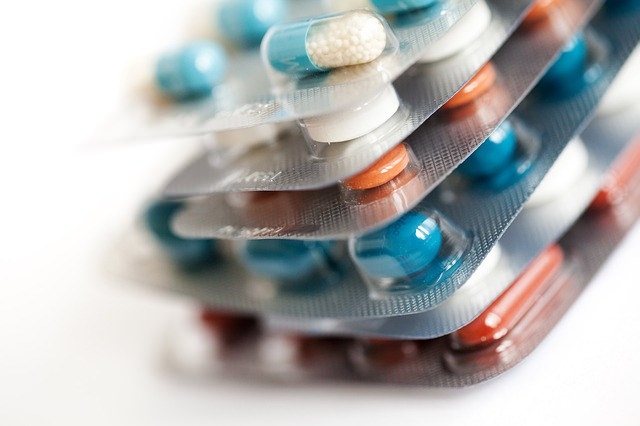 Here’s yet another reason not to overuse antibiotics: Children treated with the antibacterial drugs may face a greater risk for developing juvenile arthritis, new research suggests.

The study found that children and teens prescribed antibiotics had about twice the risk of developing juvenile arthritis compared to children the same age who were not prescribed the drugs.

“This risk was greatest within a year of receiving antibiotics and increased with the number of antibiotic courses children were prescribed,” said study lead author Dr. Daniel Horton, a research fellow with the Rutgers Biomedical and Health Sciences Child Health Institute of New Jersey.

Antifungal and antiviral drugs did not show the same effect, he said.

The results suggest antibiotics may trigger juvenile arthritis in a small subset of children who are prone to developing this disease, Horton said.

Parents shouldn’t panic, however. “The majority of children who receive antibiotics will not develop arthritis as a result,” he added.

Between 4,300 and 9,700 U.S. kids under age 16 are diagnosed with juvenile arthritis each year, according to the U.S. Centers for Disease Control and Prevention. The autoimmune disease may involve pain and swelling in one or many joints, and cause other symptoms such as fevers, rash and/or eye inflammation, says the American College of Rheumatology.

As genetics seem to account for only about one quarter of cases, interest has turned to environmental factors as possible links to juvenile arthritis.

To analyze the possibility of an antibiotic exposure connection, investigators sifted through information obtained from a British electronic records system.

The database included details on 152 juvenile arthritis diagnoses among more than 450,000 children in the United Kingdom between 1 and 15 years old who were diagnosed from 1994 to 2013.

After cross-referencing antibiotic prescription histories among 1,520 healthy children and those with newly developed juvenile arthritis, the study team concluded that taking antibiotics in childhood was linked to double the risk for the painful disorder. And in the wake of five antibiotic courses, the risk tripled.

Antibiotics are widely overprescribed for many infections that would otherwise resolve without treatment, Horton said. And they pose a significant risk for side effects such as allergic reactions, diarrhea and even the onset of obesity or other chronic diseases, he added.

It isn’t clear from this study that antibiotics actually cause juvenile arthritis, however. “Another explanation for these findings may be that infections cause arthritis, or that children who ultimately develop arthritis also get more infections because their immune system does not work properly,” Horton noted.

The findings appear in the July 20 online issue of Pediatrics.

Dr. Matthew Kronman, an assistant professor of pediatric infectious diseases at Seattle Children’s Hospital and the University of Washington, agreed that the study does not prove a cause-and-effect relationship.

“It’s also the case that the overall risk for [juvenile arthritis] is very low,” Kronman added. “Even if that risk approximately doubles among children treated with antibiotics, you’re still talking about just 10 cases out of every 100,000 children.”

Still, the findings are concerning, he said. “This very well done and elegant study does add to our growing understanding that there is some risk with antibiotics, and that they do more than just treat the bacteria they are meant to treat,” said Kronman, who wasn’t involved in the study.

Antibiotics affect billions of cells, and can set children up for systemic inflammation and irritation, he said. “Yes, sometimes they’re needed, and in those situations the goal should be to pick the one that is most targeted, with the least side effects, and for the shortest duration possible,” Kronman said. “But when children don’t really need them, they shouldn’t be given.”

Overuse of these drugs is also associated with antibiotic-resistant bacteria — germs that don’t respond to available drugs. The CDC says 23,000 Americans die each year from infections that are resistant to antibiotics.

There’s more on childhood arthritis at the U.S. National Institute of Arthritis and Musculoskeletal and Skin Diseases. Copyright © 2015 HealthDay. All rights reserved.