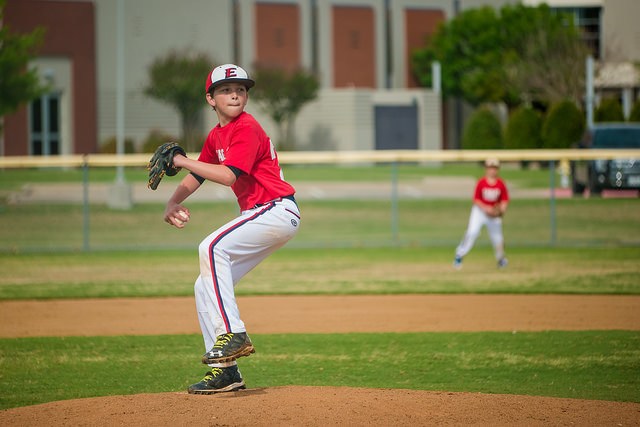 Most Tommy John surgeries to fix elbows torn in sports-related injuries are being performed on teenagers, especially baseball pitchers, and the numbers are rising every year, a new study reports.

Tommy John surgery fixes a torn ulnar collateral ligament, or UCL. The UCL is located on the inside of the elbow and connects the bone of the upper arm to a bone in the forearm.

Teens between ages 15 and 19 accounted for nearly 60 percent of all Tommy John surgeries performed in the United States between 2007 and 2011, the study said.

Kids these days are playing sports year-round, and often specializing in a single sport to improve their chances of getting a scholarship or making the big leagues, said lead author Dr. Brandon Erickson, an orthopedic surgery resident at Rush University Medical Center in Chicago.

“The more pitches kids throw and the faster they throw seems to put them at increased risk for elbow injury,” Erickson said. “Kids are throwing harder and more often than they had in previous years, and it puts additional stress on their arm.”

The study findings were to be presented this week at the American Orthopaedic Society for Sports Medicine’s annual meeting in Orlando, Fla. Findings presented at meetings are generally considered preliminary until published in a peer-reviewed journal.

Injuries that require Tommy John surgeries often occur in baseball players, especially pitchers, according to the American Academy of Orthopaedic Surgeons (AAOS). In fact, the surgery is named after major league pitcher Tommy John, who was the first professional baseball player to have the surgery, in 1974.

In the procedure, surgeons replace the injured UCL with a tendon taken from the player’s own body, usually either the forearm or the knee.

To get some idea how often Tommy John surgery is performed, the researchers reviewed medical records from a private insurance database.

The 15-to-19 age group experienced an average 9 percent increase per year in the number of Tommy John surgeries, more than double the annual overall growth rate of 4 percent for all ages, the researchers found.

“What is worrisome is even within a five-year span you can see the incidence of the surgery has gone up,” said Dr. Barry Boden, a sports medicine specialist at The Orthopaedic Center in Rockville, Md.

Sports medicine experts chalked up this increase to overuse.

“A lot of these younger players are being pushed to perform at a younger age, and in some areas of the country they are playing year-round,” Boden said. “There’s a lot of competition out there, and a lot of people who want to make it to the top. They are pushing their bodies to the limit.”

It used to be that athletic teens played different sports depending on the season, rotating from baseball to basketball to football to soccer, said Dr. David Geier, an orthopedic surgeon and sports medicine specialist in Charleston, S.C.

That rotation protected young athletes from injuries caused by repetitively stressing any single part of their body year-round, Geier said.

But an elbow tear that requires Tommy John surgery will keep a kid out of play for at least a year, and there’s no guarantee that they’ll ever return to the sport, Geier said.

“About 15 to 20 percent of players never return to the same level of performance, and even if you do get back you generally have to go through a year of physical therapy and rehabilitation,” he said. “It’s a lot of work to get back to that point, and there’s a chance you won’t make it.”

Erickson, Geier and Boden all agree that preventing elbow ligament tears is much better than relying on Tommy John surgery to repair the damage.

Parents and coaches need to monitor players’ pitch counts to make sure they aren’t throwing the ball too often, Boden said.

Even better, parents and coaches should be encouraged to hold a child out of play for at least three months every year, Geier said.

“You can play sports, but play something that doesn’t stress the elbow and shoulder, like soccer or track,” he said.

Players also need to be taught proper body mechanics, and encouraged not to pitch through pain or fatigue, Geier said.

“The key is that young pitchers really want to avoid ever having this injury,” he said. “This is one that’s much better to prevent than to treat.”