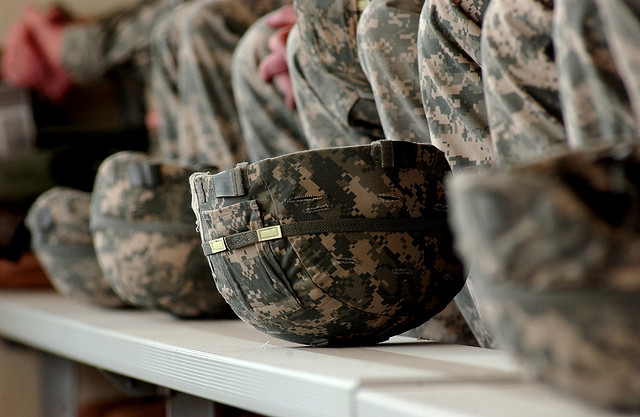 The rate of suicide attempts by enlisted U.S. Army soldiers has significantly increased during the last 10 years of war in Iraq and Afghanistan.

A new study published in JAMA Psychiatry found that the Army has the longest stretch of continual increases of suicide attempts as compared to the other military branches — Air Force, Marines, and Navy.

“Mental health diagnoses, which are among the most consistent risk factors for suicidal behaviors, increased dramatically in the US military during the past decade of war,” according to the study authors led by Robert J. Ursano, M.D., of the Uniformed Services University of the Health Sciences, Bethesda, MD. “In the present study, suicide attempts among enlisted soldiers and officers were associated with a history of receiving a mental health diagnosis.”

Researchers found that enlisted soldiers had higher odds for a suicide attempt if they were female, had entered the Army at 25 or older, did not complete high school, were in their first four years of service, and had a mental health diagnosis during the previous month.

“We found that 59.8% of enlisted soldiers (5774 of 9650 suicide attempts) and 70.2% of officers (99 of 141 suicide attempts) received a diagnosis before their suicide attempt, suggesting that many at-risk soldiers have already been identified by the Army health care system as needing mental health services and providing opportunities for further risk assessment and intervention,” said the authors.

The authors conclude that “a concentration of risk strategy that incorporates factors such as sex, rank, age, length of service, deployment status and mental health diagnosis into targeted prevention programs may have the greatest effect on population health within the U.S. Army.”