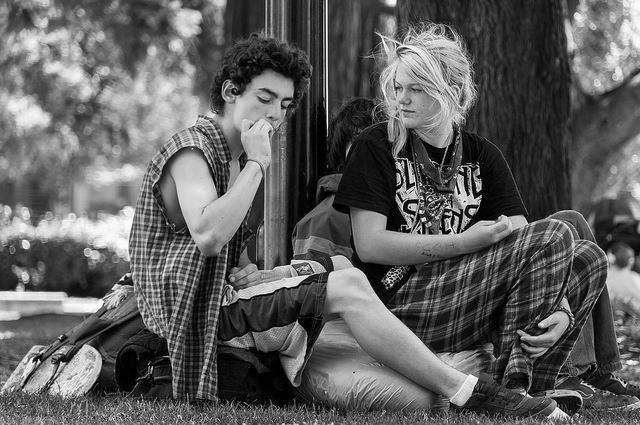 Teens who see ads for medical marijuana are much more likely to use the drug, a new study suggests.

In the first year, 22 percent of the students said they had seen at least one ad for medical marijuana in the past three months. That number rose to 30 percent the following year.

Students who saw medical marijuana ads were twice as likely as others to either have used marijuana or say they intended to use it in the future, according to the RAND Corp. study published online recently in the journal Psychology of Addictive Behaviors.

The study does not prove that seeing medical marijuana ads makes teens more likely to use marijuana, but it does raise a number of concerns, the investigators said.

“As prohibitions on marijuana ease and sales of marijuana become more visible, it’s important to think about how we need to change the way we talk to young people about the risks posed by the drug,” study author Elizabeth D’Amico, a senior behavioral scientist at RAND, said in a news release from the nonprofit research organization.

“The lessons we have learned from alcohol — a substance that is legal, but not necessarily safe — may provide guidance about approaches we need to take toward marijuana,” she added.

Since 2006, the number of Americans who are frequent marijuana users has increased 40 percent, the study authors pointed out in the news release.

“Given that advertising typically tells only one side of the story, prevention efforts must begin to better educate youth about how medical marijuana is used, while also emphasizing the negative effects that marijuana can have on the brain and performance,” D’Amico said.

She also suggested that regulations may be needed to restrict advertising for both medical and recreational marijuana use, similar to controls on alcohol and tobacco advertising.

The U.S. National Institute on Drug Abuse has more about marijuana. Copyright © 2015 HealthDay. All rights reserved. Photo by Brooke Hoyer via Flickr.