Women with epilepsy have a significantly higher risk of death during childbirth, according to a new study.

“The risks to pregnancies among women with epilepsy may extend even further,” according to the JAMA Neurology study led by Sarah C. MacDonald, Department of Epidemiology, Harvard University. In addition to the risk of death, “women with epilepsy are at increased risk for outcomes such as gestational hypertension, preeclampsia, cesarean delivery, and prolonged length of hospital stay.”

A relatively small amount of all pregnancies — between 0.3 to 0.5 percent — occur among women who have epilepsy. These high-risk pregnancies are concerned with eliminating or minimizing seizures while maintaining a proper dosage of anti-seizure medication, which can lead to birth defects including cleft lip, clef palate, heart and urinary disorders.

The rate of sudden unexplained death among all people with epilepsy is 24 times greater than those without epilepsy. While the researchers could not say for certain why women with epilepsy have such a high risk of death during childbirth, the most likely cause is complications related to seizures.

“For example, the patient may have gone into status epilepticus or experienced aspiration of fluids during a seizure,” said the authors. “Sudden unexpected death could be a possible explanation for the increased risk.”

Another possible explanation for the high number of deaths is the anti-seizure medication. Earlier studies found that “only women taking these medications are at greater risk of morbidity,” said Jacqueline A. French, MD and Kimford Meador, MD, Department of Neurology, Comprehensive Epilepsy Center, NYU, in an accompanying editorial. “There are changes in pharmacokinetics during pregnancy for some antiepileptic drugs that can result in marked changes in antiepileptic drug blood levels if doses are not adjusted.”

It is critical for these women to have the proper seizure control prior to pregnancy, if possible. The Epilepsy Foundation recommends that women with epilepsy use the lowest possible dosage of medication during pregnancy and monotherapy, using just one medication, may help to reduce risk of birth defects.

MacDonald and colleagues suggest that women with epilepsy seek out high-risk physicians and well qualified medical centers to help navigate a successful pregnancy:

“The disproportionate burden of maternal morbidity and mortality among women with epilepsy suggests that these are high-risk patients who may be best cared for in medical centers with subspecialty expertise in neurology, maternal-fetal medicine, and critical care.” 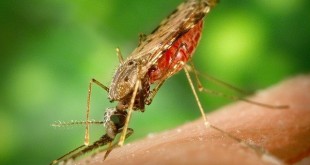 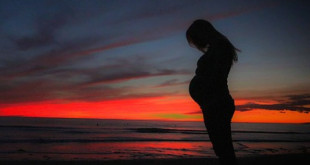 One Stillbirth Greatly Raises Odds for Another