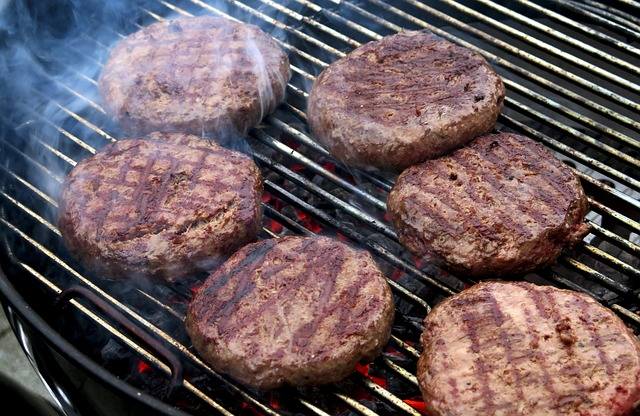 Before you bite into that burger on Independence Day, you might want to ask the chef whether a rusty old grill brush was used to clean the barbecue.

Wire bristles from grill brushes can snap off, land on the grate and find their way into grilled meats, public health experts warn.

If ingested, these bristles can tear up a person’s throat and digestive tract, causing potentially life-threatening injuries.

“The worst are the bristles that make it all the way down to the intestines,” said Dr. David Grand, an associate professor of diagnostic imaging with the Warren Alpert School of Medicine at Brown University in Providence, R.I. “It if gets to your intestine and then perforates through the wall of your intestine, that is scary. We saw one migrate into the liver and cause a liver infection that had to be treated, and we’ve had bristles that pierced the intestines at multiple points and had to be retrieved surgically.”

Grand’s hospital saw six cases of ingested grill brush bristles between March 2011 and June 2012, according to case reports he wrote for the U.S. Centers for Disease Control and Prevention.

Three patients had wire bristles that wound up in their intestinal tract, which had to be removed through surgery or colonoscopy. The other three had bristles stuck in their neck, which were removed using a tube run down their throat.

In May, a Connecticut woman needed emergency surgery to remove a bristle from her digestive tract, CBS News reported. A stray bristle wound up in a hamburger she ate, and within a day she was in the emergency room complaining of severe abdominal pain. A CT scan revealed the wire, which was surgically removed.

About 80,000 people wind up in the ER each year after they accidentally swallow foreign objects, according to the CDC.

Wire brush bristles are part of that group, but cases are difficult to track, Grand said.

“A lot of people are asymptomatic. They swallow the bristle and it goes all the way through, and they never know what happened,” he said.

It also can be difficult for doctors to determine that a wire bristle is causing a patient’s distress. People typically show up with severe pain in their throat or their abdomen, and an ER doctor’s first thought may not be to look for a brush bristle, said Dr. Pranith Perera, an internist at Rhode Island Hospital in Providence.

“The tricky thing is that when people ingest these things, if you don’t have a physician who’s very savvy, they can miss it,” said Perera, who once presented a case report of wire brush bristle ingestion at an American College of Gastroenterology meeting.

And even when doctors look, they might not be able to find the bristle. “They’re very thin, and they can be easily missed on a CT scan,” Grand said.

Grand and Perera recommend that people who grill toss their wire brush in favor of a safer option. Grill-cleaning stones and bricks, bristle-free brushes made of metal coil and grill brushes with nylon bristles are all safe alternatives, they said.

People who want to stick with wire brushes should make sure their brush is in good condition, wipe down the grate with a wet paper towel after they’ve scraped it, and then inspect the grill thoroughly before cooking, Grand and Perera added.

If you experience severe abdominal pain within a day of eating grilled meat, be sure to tell your doctor, Grand added.

“People often don’t think, ‘I have abdominal pain, I should tell my doctor about the burger I had yesterday,'” he said. “Tell your doctor you were grilling.”

And there’s one more option that might not appeal to all barbecue lovers.

“You also could become a vegetarian,” Grand said. “We’ve only seen bristles lodged in meat. We haven’t found any in grilled vegetables.”

Visit the U.S. Centers for Disease Control and Prevention for more on injuries caused by stray bristles from wire grill brushes. Copyright © 2015 HealthDay. All rights reserved. 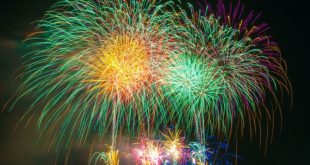 Fireworks Safety: 3 Tips to Protect Your Hearing at 4th of July Events